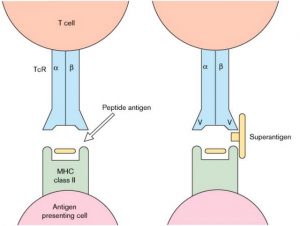 differences between the ways in which a conventional antigen and a superantigen bind to MHC class molecules and the TcR.