Autoantigens are the self substances that elicit an immune response against the host’s cells or tissues.

Pathological autoantigens appear due mainly to the structural changes after the damage of macromolecules, cells and tissues (in burn disease, in cancer patients, after exposure to radiation, severe tissue crush and other similar cases). 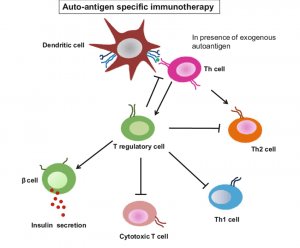