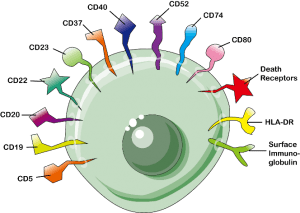 The most important molecules with established functions are described below.