Most people think of chickenpox as a mild disease, and in most people it is. In immunocompromised people, it can be life-threatening, however. Before the introduction of the vaccine in 1995, it was not unheard of for some families to hold “chickenpox parties.” When one child in a group of acquaintances had chickenpox, other children would be brought together to play with them so that all the children could get chickenpox and be done with it. Parents wanted to ensure that their children got the disease while they were young because they knew that getting the disease at an older age could lead to more serious disease.

After an incubation period of 10 to 20 days, the first symptoms to appear are fever and an abundant rash that begins on the scalp, face, and trunk and radiates in sparse crops to the extremities. Skin lesions progress quickly from macules and papules to itchy vesicles filled with a clear fluid.

In several days, they encrust and drop off, usually healing completely but sometimes leaving a tiny pit or scar. Lesions number from a few to hundreds and are more abundant in adolescents and adults than in young children. Figure 18.11a contains images of the chickenpox lesions in a child and in an adult. The lesion distribution is centripetal, meaning that there are more in the centre of the body and fewer on the extremities, in contrast to the distribution seen with smallpox.

The illness usually lasts 4 to 7 days; new lesions stop appearing after about 5 days. Patients are considered contagious until all of the lesions have crusted over. Most cases resolve without event within 2 to 3 weeks of onset. Some patients may experience secondary infections of the lesions with group A streptococci or staphylococci, and these require antibiotic therapy. Immunocompromised patients, as well as some adults and adolescents, may experience pneumonia as a result of chickenpox. The immune-compromised may also experience an infection of the heart, liver, and kidney, resulting in a 20% mortality rate for this population.

Approximately 0.1% of chickenpox cases are followed by encephalopathy or inflammation of the brain caused by the virus. It can be fatal, but in most cases recovery is complete. Women who become infected with chickenpox during the early months of pregnancy are at risk for infecting the fetus. These babies may be born with serious birth defects such as cataracts and missing limbs. Also, women who develop chickenpox just before or after giving birth may have passed the infection to the baby just before birth, resulting in serious infection in the newborn infant.

After recuperation from chickenpox, the virus enters into the sensory endings that innervate dermatomes, regions of the skin supplied by the cutaneous branches of nerves, especially the thoracic and trigeminal nerves. From here it becomes latent in the ganglia and may reemerge as shingles(also known as herpes zoster) with its characteristic asymmetrical distribution on the skin of the trunk or head. Shingles develop abruptly after reactivation by such stimuli as psychological stress, X-ray treatments, immunosuppressive and other drug therapy, surgery, or a developing malignancy. The virus is believed to migrate down the ganglion to the skin, where multiplication resumes and produces crops of tender, persistent vesicles. Inflammation of the ganglia and the pathways of nerves can cause pain and tenderness that can last for several months. Involvement of cranial nerves can lead to eye inflammation and ocular and facial paralysis.

Human herpesvirus 3 (HHV-3, also called varicella (var″-ih′sel′-ah) causes chickenpox, as well as the condition called herpes zoster or shingles. The virus is sometimes referred to as the varicella-zoster virus (VZV). Like other herpesviruses, it is an enveloped DNA virus.

HHV-3 enters the respiratory tract, attaches to respiratory mucosa, and then invades and enters the bloodstream. The viremia disseminates the virus to the skin, where the virus causes adjacent cells to fuse and eventually lyse, resulting in the characteristic lesions. The virus enters the sensory nerves at this site, travelling to the ganglia. The ability of HHV-3 to remain latent in ganglia is an important virulence factor because resting in this site protects it from attack by the immune system and provides a reservoir of virus for the reactivation condition of shingles.

Humans are the only natural hosts for HHV-3. The virus is harboured in the respiratory tract but is communicable from both respiratory droplets and the fluid of active skin lesions. People can acquire a chickenpox infection by being exposed to the fluid of shingles lesions. (It is not possible to “get” shingles from someone with shingles. If you are not immune to HHV-3, you can acquire HHV-3, which will manifest as chickenpox or, very occasionally, as an asymptomatic infection.

Once you have the virus, whether you experience shingles or not is dependent on your own host factors.) Infected persons are most infectious a day or two prior to the development of the rash. Only in rare instances will a person acquire chickenpox more than once.

Chickenpox is so contagious that if you are exposed to it you almost certainly will get it. Some people have a subclinical case of it, meaning that their lesions never erupt. But they will have lifelong immunity (and will likely harbour the virus in their ganglia and be subject to shingles). When people think they have never had chickenpox, yet they don’t seem to get it when exposed to infected persons, it is likely that they have had a subclinical case at some time in their lives. Epidemics of the disease used to occur in winter and early spring. The introduction of the vaccine in 1995 reduced the occurrence of the disease, so it now occurs only sporadically.

Live attenuated vaccine was licensed in 1995. It consists of a weakened form of the Oka strain of the virus, which was as a single dose between the ages of 12 and 18 months. In 2006, the FDA approved a unique vaccine called Zostavax®. It is intended for adults ages 60 and over and is for the prevention of shingles.

Uncomplicated varicella is self-limiting and requires no therapy aside from alleviation of discomfort. Secondary bacterial infection, as just noted, is treated with topical or systemic antibiotics. Oral acyclovir or related antivirals should be administered to people considered to be at risk for serious complications within 24 hours of the onset of the rash. The acyclovir may diminish viral load and prevent complications. Special Note About Reye’s Syndrome In the 1980s, researchers made a connection between aspirin and a serious condition that occurred in children, usually following a febrile (feb ruhl) viral infection, especially influenza or chickenpox. The condition is the result of an interaction of three factors: recent viral infection, age less than 15 years, and the use of salicylates (common aspirin).

The syndrome can be mild or severe. It usually begins with vomiting and nausea and is followed by a sudden change in mental status caused by encephalopathy. This condition results in a variety of central nervous system symptoms, also ranging from mild to severe, such as amnesia, disorientation, seizures, coma, and respiratory arrest. The incidence has decreased dramatically since the public became aware that they should not administer salicylates to children with fever. Now there are at most 2 cases per year in the United States, evidence that public education can work. 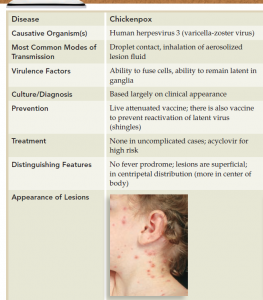