Attachment to the host:- 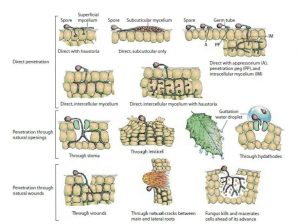 Establishment of infection:-
Penetration by fungi:-

(5) growth and reproduction of the pathogen:-