Most of the learned population feel completely safe in their sexual relations when they use condoms. Most of the data available on the internet and elsewhere claim that condoms are effective protection against HIV/AIDS. However, the under-informed masses are unaware of the fact that condoms do not protect against several sexually Transmitted Infections (STI) like herpes, HPV, syphilis, pubic lice, or scabies. They spread through skin-to-skin genital contact. Even if no fluid exchange occurs, these STIs may spread easily and can produce a life-threatening condition, nowhere less threatening than the much-hyped HIV, which makes the immune system weak to the fatal extent. 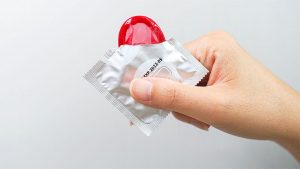 • Wasting syndrome due to HIV

Being a viral infection, antibiotics are of no use to prevent the infection of HIV. HIV Vaccine, although confirmed at the research stage is still not available in the open market for the masses.

Sexually transmitted infections like herpes, HPV, syphilis, pubic lice or scabies are not prevented with the use of condoms. So, this is a big myth among the masses that condoms prevent all sexually transmitted diseases. Moreover, these STIs may lie dormant in the body of the carrier person without any symptoms or physical manifestation. However, they may transmit the infection to someone who comes in sexual contact. So, it’s very difficult to find conclusively that a person is infected or not.

However, there are certain misconceptions too about sexually transmitted infections. They do not transmit through the use of the same utensils, toilet, or towels. However, the less severe infection like pubic lice or scabies may transmit by sharing clothes. However, they may be treated by the use of simple medicine or creams.

Monogamy is the safest way to prevent any sexually transmitted infection and condoms are not an alternative that could be chosen for life.