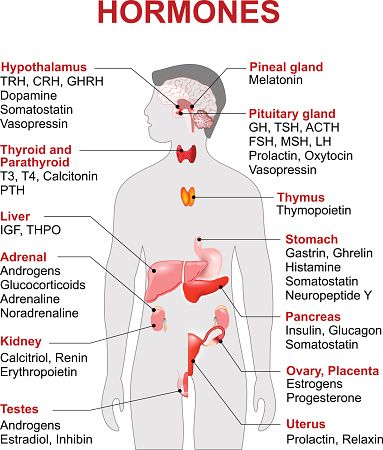 Three chemical families that form the structure of hormones.

A protein in the cell membrane, or within the cytoplasm or nucleus, to which a hormone specifically binds to trigger its actions on a target cell. The binding of hormones is specific to the target cell receptors. After the release of hormones from the endocrine cells, the hormone is distributed throughout the body and is bound to its target receptor forming hormone-receptor complex.

It is located in the cell membrane. It is targetted by amino acid derivatives, peptides, Eicosanoids. It is operated through a second messenger such as cyclic-AMP.

This now leads to the alteration of the cell activity which is a response of the target cell. 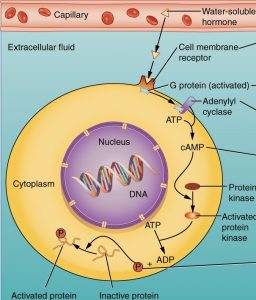 It is located in the cytoplasm or nucleus. It is targeted by steroid and thyroid hormones. It is operated through changes in gene expression. Hormones like thyroid hormones also act on mitochondria.

The thyroid hormones bind to mitochondria leading to an increase in the production of ATP which then alters the cell activity leading to a response. 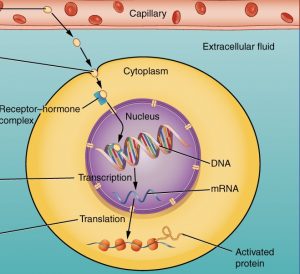 Hypothalamic Control over Endocrine Organs
There are 3 mechanisms of action by Hypothalamus, 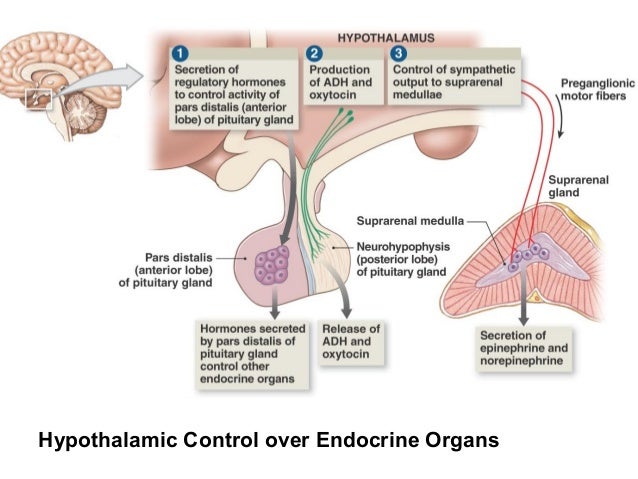