Immunoblotting or western blotting is a method for identification of necessary antigen or antibody in a complex mixture of various protein substances. Immunoblotting is the mixture of proteins (antigens) undergoes sodium dodecyl sulfate (SDS)-polyacrylamide gel electrophoresis (PAGE). SDS can decompose any non-covalent complexes and aggregates in the antigenic mixture. Polyacrylamide gel electrophoresis separates the proteins according to their molecular size and charge. The gel is washed and covered with a membrane (e.g., a sheet of nitrocellulose).

At the next step separated proteins are transferred from gel to the membrane by electrophoresis in perpendicular direction. The nitrocellulose membrane (blot) acquires a replica of the proteins separated by SDS-PAGE. During the transfer, the SDS is largely removed from the proteins, so the antibodies can react with the proteins on the membrane.

The nitrocellulose membrane is then treated with the enzyme-labeled antibody. Both direct and indirect registrations are possible. In the latter case, antibodies are revealed by enzyme-labelled antiglobulin antibodies. This looks very similar to ELISA tests.

After substrate conversion the protein antigen becomes visible. It looks like a colour band on the membrane. The band appears after the enzyme action that leads to the production of an insoluble color product of the reaction. None of the other proteins in the mixture would be visualized.

In the same way, different kinds of specific antibodies directed against a number of specific antigens can be discovered by western blotting technique. The latter analysis is commonly used as the confirmatory test for the detection of anti-HIV antibodies. 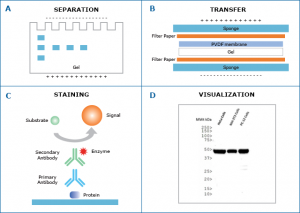 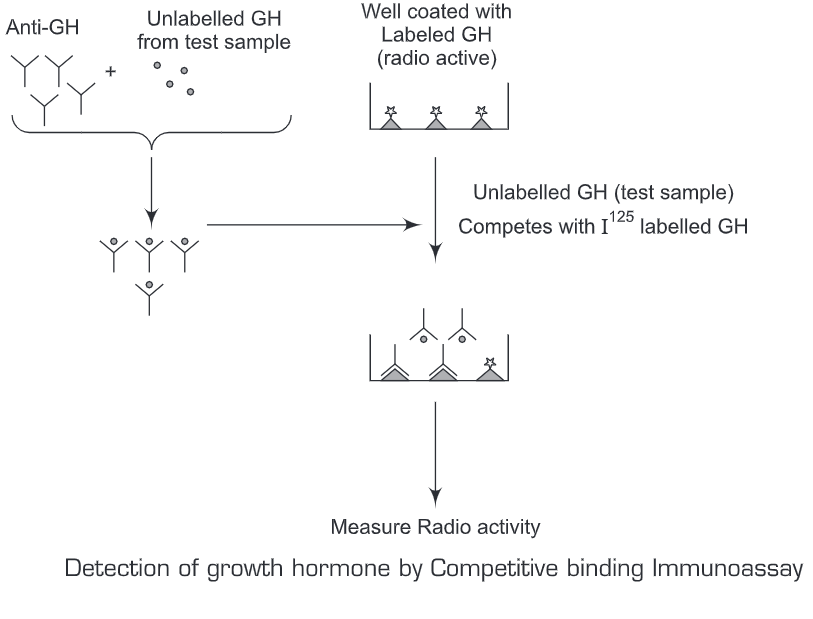 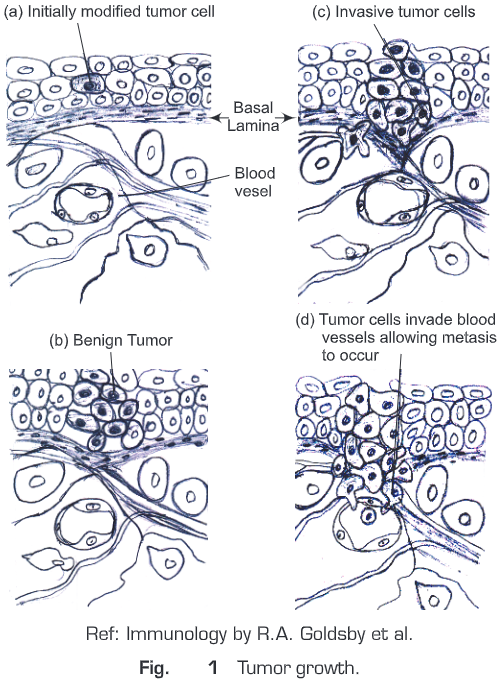