The structure of Epstein-Barr virus (EBV, or human herpesvirus type 4) is generally similar to other herpesviruses but with certain specific morphological traits.

As the result, EBV life cycle may result in productive infection with lytic replication or come to latency. Specific viral antigens VCA (viral capsid antigen) and EBNA (EBV nuclear antigen) are worthy for diagnosis of infection.

EBV has only two target cells for replication – human lymphocytes (primarily, B cells) and epithelial cells. By means of supercapsid glycoproteins EBV binds to specific membrane receptors of B lymphocytes – first to CD21 (or receptor for the C3d component of complement) and then to B-cell HLA class II molecules. This stimulates virus entry by endocytosis.

Epithelial cells capture EBV via membrane integrin receptors instead of CD21. Upon infection of human В cells, EBV triggers their polyclonal activation with proliferation and blast transformation. After active replication the virus converts to latency. Within small portion of memory B cells EBV persists lifelong.

EBV latency is maintained by presence of viral DNAs as circular episomes within infected B cells. It is considered, that some part of viral DNA might be integrated with human genome. EBV demonstrates marked oncogenic potential especially for lymphoid cells.

Epstein-Barr virus is a ubiquitous herpesvirus that is the causative agent of acute infectious mononucleosis, nasopharyngeal carcinoma, Burkitt’s lymphoma, and some other lymphoproliferative disorders (lymphomas).

Infectious mononucleosis is a typical acute EBV infection. It has subclinical or mild course in children before the age of 10 and manifested disease in adolescents and young adults.

The infection affects humans only. The disease is mainly transmitted by infected saliva (e.g., by kissing) and initiates infection in the oropharynx. The virus invades В lymphocytes and epithelial cells of pharynx and salivary glands and disseminates throughout the body.

As the result, some part of viruses switches lytic cycle to latency and stays in memory B cells (and, probably, epitheliocytes) until the reactivation of virus occurs.

Clinical illness is characterized by the triad of symptoms – fever, sore throat and lymphadenopathy. Enlargement of cervical lymph nodes, spleno- and hepatomegaly are the characteristic findings in the disease.

There is a substantial increase in the number of circulating white blood cells, represented by atypical mononuclears. Most of them are activated CD8+ cytotoxic T cells.

The typical illness is self-limited and lasts 2-4 weeks. After clinical recovery asymptomatic individuals may shed the virus for many months.

Reactivations of EBV latent infections can occur but they are usually not manifested.

Burkitt’s lymphoma (a tumor of the jaw in African children and young adults) is considered to be associated with Epstein-Barr virus. Most of these tumors in Africa (> 90%) contain EBV DNA and viral antigens.

It is supposed that EBV virus may be involved at an early stage in Burkitt’s lymphoma by immortalizing В cells. Malaria is regarded as cofactor that promotes EBV-induced cell transformation. Finally, specific chromosome translocations appear that affect immunoglobulin genes and deregulate c-myc proto-oncogene expression.

Nasopharyngeal carcinoma is a malignant tumor of epithelial cells that predominantly occurs in males of Chinese origin. EB virus DNA is commonly detected in nasopharyngeal carcinoma cells, and the patients demonstrate high levels of antibody to EBV. The tumor is poorly differentiated and aggressive, being infiltrated with lymphocytes.

Finally, Epstein-Barr virus is supposed to participate in pathogenesis of other lymphoproliferative disorders, such as Hodgkin’s disease (i.e., lymphogranulomatosis), and some B cell lymphomas.

Every case of EBV infection (e.g., infectious mononucleosis) needs laboratory confirmations. PCR is the method of choice to detect EBV nucleic acid in clinical specimens (saliva, blood, or biopsies of lymphoid tissues). Viral antigens can be detected in patient’s samples by immunofluorescence. EBV isolation is rarely performed due to the difficulties of viral culture. Serological testing is commonly used in clinical practice. The detection of IgM anti-VCA antibodies confirms acute EBV infection.

Principles of infection treatment and prophylaxis

Prophylaxis is non-specific. Various kinds of experimental vaccines are being developed now. The treatment of infectious mononucleosis is symptomatic. Valacyclovir demonstrates some clinical benefit in cases of manifested disease. 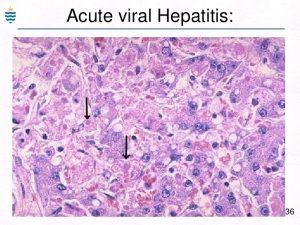 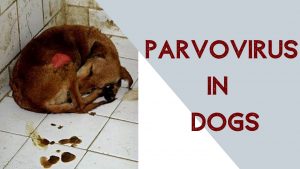