Roots are typically of non-green underground cylindrical structure forming the axis of the plant which gives rise to endogenous and does not possess leaves, nodes or buds.

Characteristics of the root system 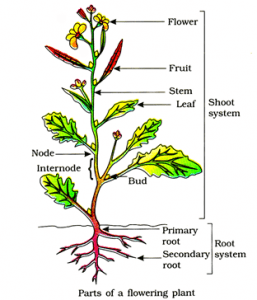 Parts of a typical root:

(3) Region for the zone of elongation

(5) Region or zone of mature cell

Types of the root system

Roots take part in a succession of the plant and supporting the aerial shoot system.

Roots absorb water from the soil.

The taking part in transport to absorb water and mineral to shoot system.