The meningococcus (Neisseria meningitidis) was primary isolated from the cerebrospinal fluid of patients with meningitis and studied in details in 1887 by A. Weichselbaum.

Meningococci pertain to the family Neisseriaceae, genus Neisseria, and species Neisseria meningitidis. They are further subdivided according to their antigenic features into serogroups and serotypes.

Structure and Properties of Meningococci 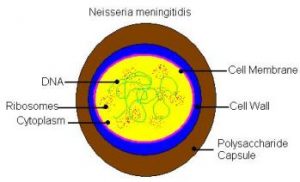 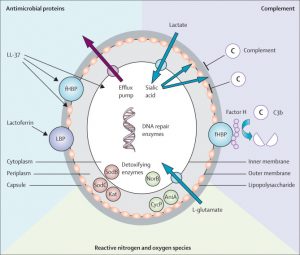 Meningococcus is the microbial agent of low stability – it is destroyed by drying in a few hours. By heating to a temperature of 60°С the bacterium is killed in 10 minutes and to 80°C in 2 minutes. When treated with 1% phenol, the culture becomes inactivated in 1 minute. Meningococci are very sensitive to low temperatures. 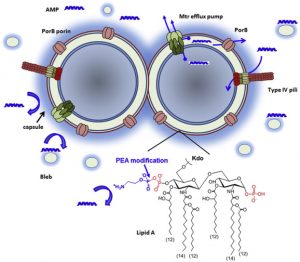 Treatment and Prophylaxis of Meningococcal Infections