From that point, there is primary and secondary immune response. 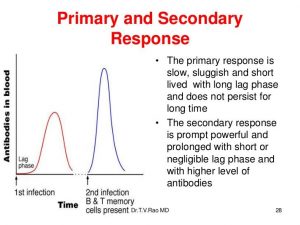