The folding of a protein is a complex four-stage process that gives rise to different structures of 3D proteins that are essential for various functions in the human body. The structure of a protein, from a primary to quaternary structure, is hierarchically arranged. The various conformations in the protein structure account for the broad variation in amino acid sequences. 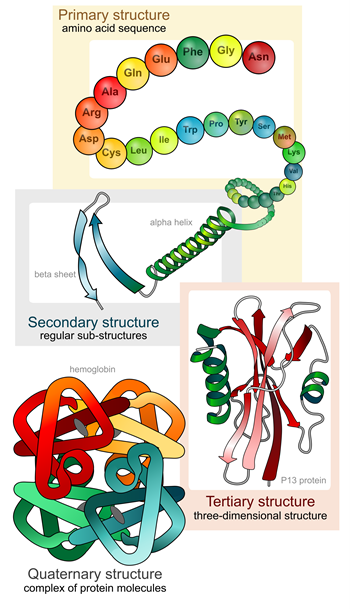 Misfolded proteins easily denature and lose their composition and function. A lot of human diseases can result from incorrect protein folding.

Cystic fibrosis (CF) is a fatal disease caused by the misfolding of the protein regulator of transmembrane conductance of cystic fibrosis (CFTR). Phenylalanine at position 508 of the CFTR is deleted in most CF cases, causing the regulator protein to be misfolded. It has also been shown that several allergies are caused by incorrect protein folding.