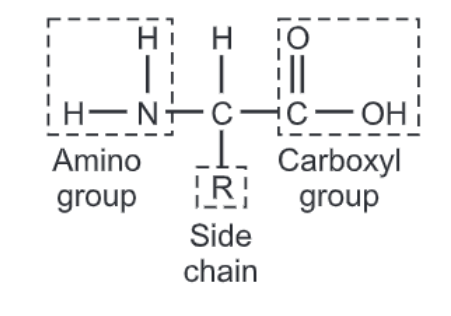 A peptide bond is a chemical bond formed between two molecules when the carboxyl group of one molecule reacts with the amino group of the other molecule, releasing a molecule of water(H20). This is a dehydration synthesis reaction (condensation reaction) and usually occurs between amino acids.

The formation of the peptide bond consumes energy, which, in organisms, is derived from ATP. Peptides and proteins are chains of amino acids held together by peptide bonds.

Non-polar, polar, and electrically charged are the three properties of side chains used to classify amino acids.