Carl Woese introduced the three-domain system in 1977, which divides cellular life forms into archaea, bacteria, and eukaryote domains. The three-domain system adds a level of classification (the domains) “above” the previously used five-or-six-kingdom systems.
The current system has the following listed kingdoms in the three domains

Prokaryotic organisms with no nuclear membrane, distinct biochemistry and RNA markers from bacteria, and a unique ancient evolutionary history, making them some of the oldest species of organisms on the planet; traditionally classified as archaebacteria; frequently characterized by living in extreme environments. Methanogens, which produce the gas methane, halophiles, which live in very salty water, and thermoacidophiles, which grow in acidic high-temperature water are all examples of archaeal organisms.

Prokaryotic cells have primarily diacyl glycerol diester lipids in their membranes and bacterial rRNA, but no nuclear membrane, and are thus traditionally classified as bacteria. The majority of known pathogenic prokaryotic organisms are bacteria, which are currently being studied more thoroughly than Archaea. Cyanobacteria photosynthesizing bacteria that are related to the chloroplasts of eukaryotic plants and algae, Spirochaetes — Gram-negative bacteria that include those causing syphilis and Lyme disease, and Firmicutes — Gram-positive bacteria that include Bifidobacterium animals, which is present in the human large intestine, are some examples of bacteria. 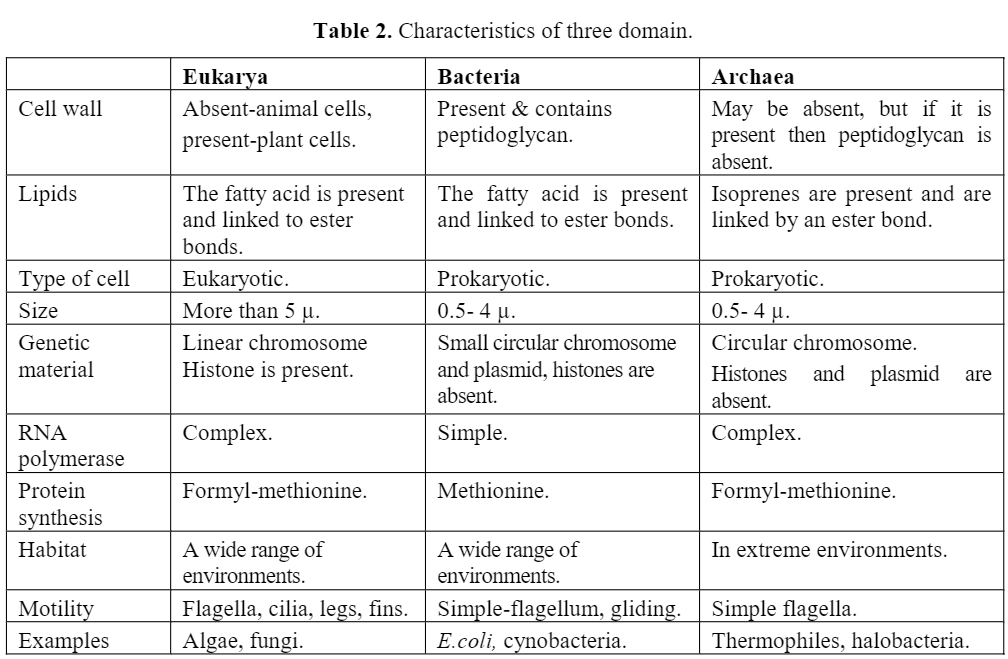