Study notes on Reproduction in Organisms

A vast number of plant and animal species have existed on the earth for several thousand of years. The process in living organisms that ensures this continuity is Reproduction.

Reproduction is one of the most characteristic feature of living organisms.

Life will not exist on the earth if plants and animals do not reproduce to make offsprings.

By reproducing, a living organism can be sure that there is another individual of its kind to take its place when it dies.

In this way, a species of an organism guarantees its survival.

There is a large diversity in the biological world and each organism has evolved its own mechanism to multiply and produce offsprings.

The organism’s habitat, its internal physiology and several other factors are collectively responsible for how it reproduces.

(2)Division of cells. It may or may not involve meiosis.

(3)Growth due to synthesis of more protoplasm.

(1) Fission : It is a mode of asexual reproduction in which the body of a mature individual divides into two or more similar and equal sized daughter individuals. Fission can be binary fission or multiple fission. 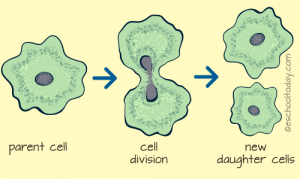 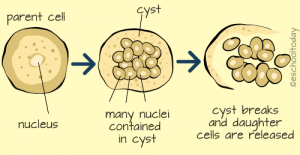 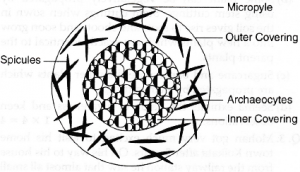 (3) Fragmentation : The body of the parent breaks into distinct pieces, each of which can produce an offspring (e.g., Hydra, some marine worms, sea-stars).

(4) Regeneration: Regeneration is a specialised form of asexual reproduction in which an organism can renew or restore lost part of body [known as epimorphosis] like in case of tail of lizard or can form whole body from small fragment like in Hydra.

Events in Sexual Reproduction: The entire sexual process can be divided into three phases:

(i)Formation of gametes or gametogenesis 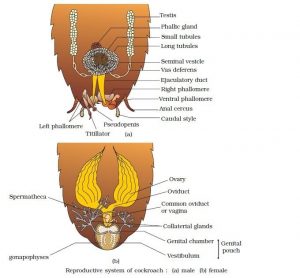