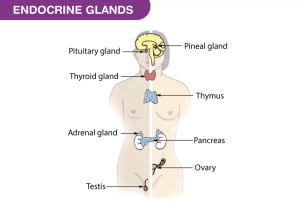 (i) Gonadotrophin-Releasing Hormone (GNRH) : GnRH is a hypothalamic hormone which stimulates the pituitary gland to synthesise and release the gonadotrophins. Therefore, GnRH is a releasing hormone. 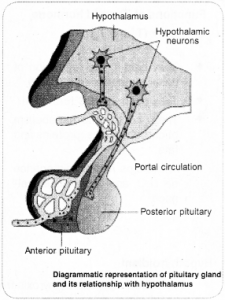 The hormones synthesised and released from the adenohypophysis (anterior pituitary) are :

Over and under secretion of growth hormone leads to many disorders such as :

Gigantism: Over secretion of growth hormone before puberty causes gigantism.

(b) Luteinizing hormone (LH) (In males) which stimulates testes to synthesise and secrete androgens (testosterone).

The two_neurohormones synthesised in the hypothalamus and secreted by neurohypophysis are:

Oxytocin (Pitocin): It is a hormone which acts on smooth muscles and stimulates their contraction) 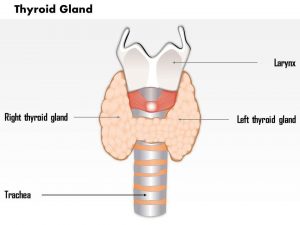 Deficiency or under secretion of thyroid hormones results in hypothyroidism.

synthesis and secretion of the thyroid hormones are increased to abnormally high levels leading to a condition called hyperthyroidism which adversely affects the body physiology. 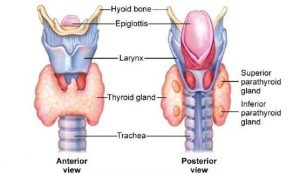 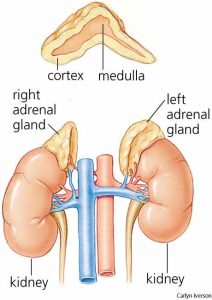 Adrenal Cortex is derived from mesoderm of embryo, It is the external or outer part of the adrenal gland. It is divided into three layers:

(i)Zona reticularis: It is the innermost layer of the adrenal cortex.

(ii) Zona fasciculata : It is the middle layer of the adrenal cortex.

(iii) Zőna glomerulosa : It is the outermost layer of the adrenal cortex.

These are grouped into three major categories, namely, mineralocorticoids, glucocorticoids and sex corticoids.

Mineralocorticoids: These are the steroid hormones which are released from the zona glomerulosa layer of the adrenal cortex. These regulate the water and electrolyte balance in the body, e.g. aldosterone. 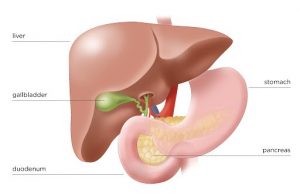 Origin: Endoderm of the embryo. 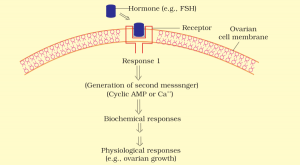 Diagramatic representation of the mechanism of hormone action