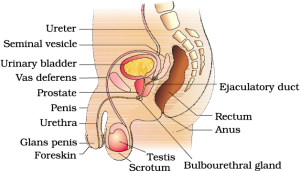 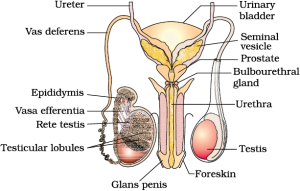 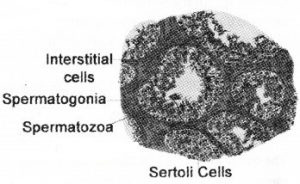 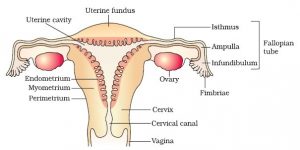 (1)Infundibulum : The part of oviduct closer to the ovary is the funnel shaped infundibulum. The edges of infundibulum possess finger-like projections called fimbriae. Fimbriae help in the collection of the ovum after ovulation.

(2) Ampulla : The infundibulum leads to a wider part of the oviduct called ampulla.

(3) Isthmus : It is the last and narrow part having narrow lumen that links to the uterus.

It is the site of foetal growth during pregnancy. It also takes part in placenta formation and expulsion of thebaby during parturition. 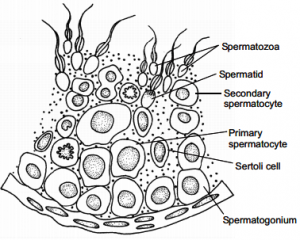 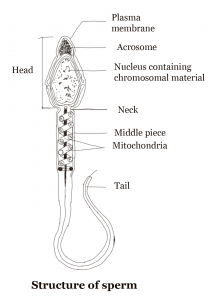 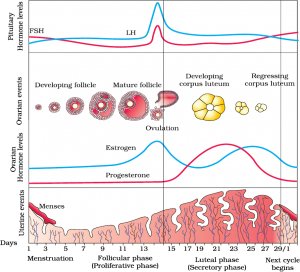 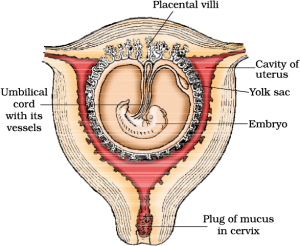