The salient features of the Double-helix structure of DNA are as follows:

The experiments are given below prove that DNA is the genetic material:

These are non-virulent and do not cause pneumonia, The experiment can be described in the following four steps:

THE GENETIC MATERIAL IS DNA.

The steps of the translation mechanism are: 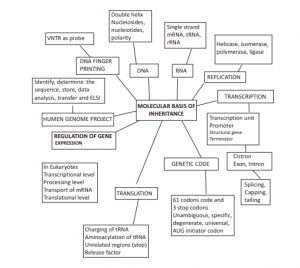