The endoplasmic reticulum (ER) is organized into a netlike labyrinth of branching tubules and flattened sacs that extend throughout the cytosol. The tubules and sacs interconnect, and their membrane is continuous with the outer nuclear membrane. The endoplasmic reticulum is entirely enclosed by a continuous membrane and is the largest organelle of most eukaryotic cells.

There are three contiguous membrane domains within the Endoplasmic reticulum that perform different functions within the cell. The rough ER is covered by ribosomes on its outer surface, and the transitional ER, where vesicles exit to the Golgi apparatus, both function in protein processing. The smoothER is not associated with ribosomes and is involved in lipid, rather than protein, metabolism. 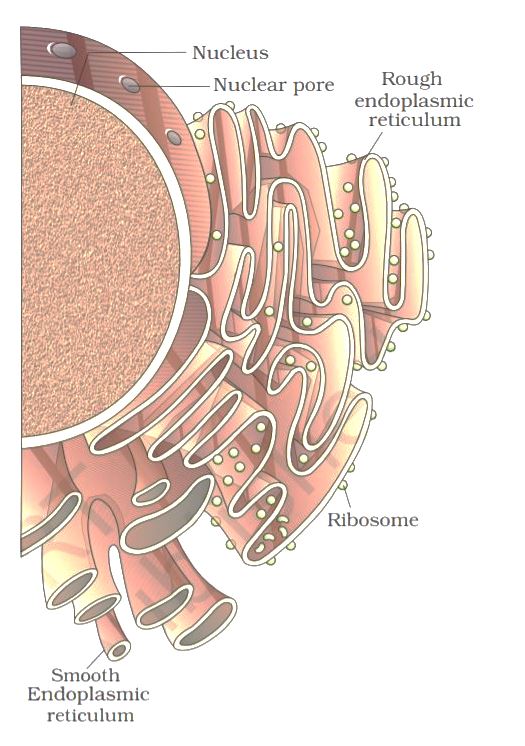 The Endoplasmic Reticulum and Protein Secretion

The Endoplasmic Reticulum is the site known for protein secretion and protein sorting. the proteins after sorting move to their target region in a fixed pathway. The pathway could be explained as – the secretory pathway: rough ER ~ Golgi ~ secretory vesicles ~ cell exterior.
The secretory proteins traveled from the Golgi apparatus to the cell surface in secretory vesicles, which then fused with the plasma membrane to release their contents outside of the cell.

Targeting Proteins to the Endoplasmic Reticulum

In higher eukaryotic cells, the sorting of proteins takes place simultaneously with the translation process. The free ribosomes synthesize the protein and transport it to the nucleus, mitochondria, peroxisomes, and chloroplasts while the membrane-bound ribosomes synthesize and transport it to the plasma membrane, secretory vesicles, lysosomes, endosomes. They may be either retained within the ER or transported to the Golgi apparatus and, from there, to lysosomes, the plasma membrane, or the cell exterior via secretory vesicles.

Insertion of Proteins into the ER Membrane 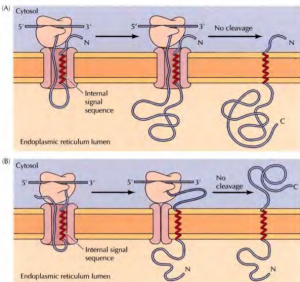 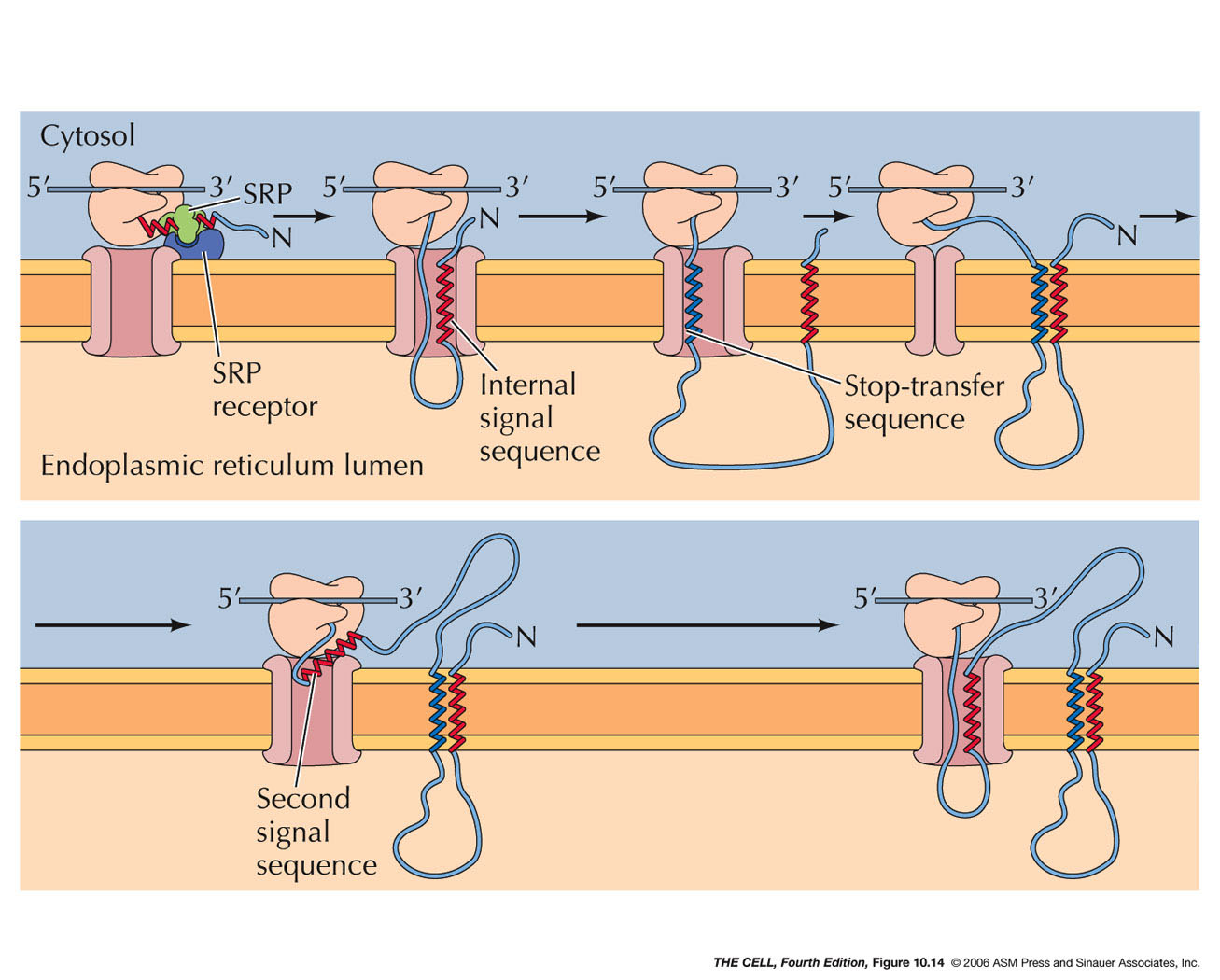 1. Protein Folding and Processing in the ER

ER involves the folding of polypeptide chains into their correct three-dimensional conformations, the assembly of polypeptides into multisubunit proteins, and the covalent modifications. The polypeptide folding is assisted by molecular chaperones Hsp70 and BiP which binds to the unfolded polypeptide chain as it crosses the membrane and then mediates protein folding and the assembly of multisubunit proteins within the ER. The correctly assembled proteins are released from BiP and are transported to the Golgi apparatus. Abnormally folded or improperly assembled proteins are targets for degradation.
The formation of disulfide bonds between the side chains of cysteine residues is supported within the ER due to the oxidizing environment. These bonds do not form in the cytosol, due to the reducing environment. Disulfide bond formation is facilitated by the enzyme protein disulfide isomerase which is located in the ER lumen. The BiP not only helps in protein folding but also binds to the signaling molecules to avoid interference in the protein folding process.

Proteins are also glycosylated on specific asparagine residues (N-linked glycosylation) within the ER while their translation is still in process.

3. Quality Control in the ER

The proteins that fail to fold correctly in the ER are degraded while; others reside in the ER for several hours as they are properly folded. Thus an important role of the ER is to identify misfolded proteins, mark them, and divert them to a degradation pathway. Because they assist proteins incorrect folding, chaperones, and protein processing enzymes in the ER lumen, they often act as sensors of misfolded proteins. The process of ER protein quality control is complex and involves at least four chaperones, protein disulfide isomerase, and many supporting proteins. In addition to acting as a chaperone, BiP plays a pivotal role as a sensor of the general state of protein folding within the cell.

Despite all the help from chaperones, many protein molecules (more than 80% for some proteins) translocated into the ER fail to achieve their properly folded or oligomeric state. Such proteins are exported from the ER back into the cytosol, where they are degraded. The mechanism of retrotranslocation, also called dislocation, is still unknown but is likely to be similar to other post-translational modes of translocation

The Smooth ER and Lipid Synthesis

Translocation of phospholipids across the ER membrane

Export of Proteins and Lipids from the ER