Vectors and its types

In this strategy both the t DNA with our gene of interest and we are reason are present in the same tractor used for transformation. 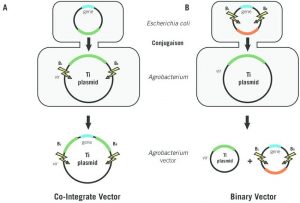 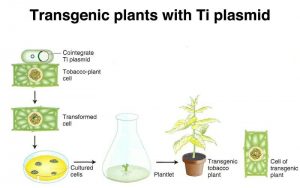