The genome of the infecting virus is replicated so that viral transcription can be amplified to provide copies of the genome for progeny virions. Generally, DNA viruses copy their genomes directly to DNA and RNA viruses copy their genomes directly to RNA. Also, there are some DNA viruses that
replicate through a RNA intermediate and some RNA viruses that replicate through DNA intermediate. The various replication modes of virus genomes are explained by Baltimore classification. 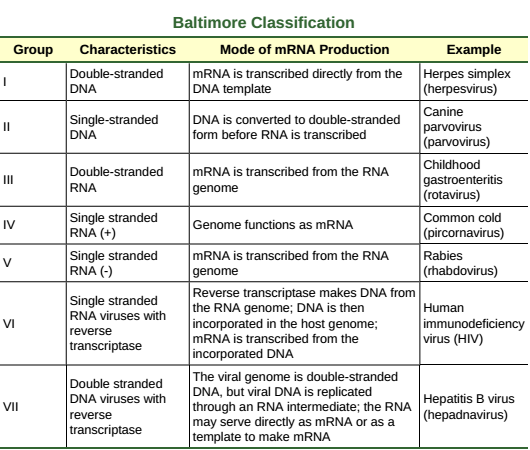 Each virus genome has a specific sequence where nucleic acid replication is initiated which is recognised by a protein.  A primer (maybe molecule of RNA or protein) is required to initiate the replication process in various genomes. Nucleic acid replication involves primer, in which a  nucleotide is attached to the –OH group on a molecule at the initiation site. Some ssDNA viruses, such as parvoviruses, use self-priming. At the 3′ ends of the DNA, there are regions with complementary sequences that can base pair.

Synthesis of cell DNA begins when the double strands are unwound by a helicase and a primase has synthesized short sequences of RNA complementary to the regions of  DNA. These RNAs act as primers; of which one is required for the leading strand, while multiple primers for the Okazaki fragments of the lagging strand.

The first nucleotide of a new sequence of DNA is linked to the 3′ –OH group of the primer RNA. During their replication cycle the retroviruses synthesize DNA from a (+) RNA template. The retrovirus DNA becomes integrated into a cell chromosome. If the infection is latent, the cell subsequently divides then the virus DNA is copied along with the cell DNA, using RNA primers .

For some viruses the primer for initiation of nucleic acid replication is the –OH group on a serine or tyrosine residue in a protein.

DNA viruses that use protein primers – some animal viruses (e.g.adenoviruses) and some phages (e.g. tectiviruses).

DNA polymerases and RNA polymerases are the enzymes which help in virus replication . Many viruses encode their own polymerase, but some use a host cell enzyme. A DNA virus involves a DNA-dependent DNA polymerase. Amongst the DNA viruses that replicate in the nuclei of eukaryotic cells, viruses with small genomes (e.g. papillomaviruses) use the cell enzyme, while viruses with large genomes (e.g. herpesviruses) encode their own enzyme. Those DNA viruses that replicate in the cytoplasm encode their own enzyme. Replicase enzyme helps in the replication of the genome of an RNA virus. The retroviruses and the pararetroviruses encode reverse transcriptases to transcribe from RNA to DNA and use the host cell RNA polymerase II to transcribe from DNA to RNA.