It is divided into 3 classes.

Sexual reproduction is entirely absent in the life cycle of this form of fungus, so its life cycle is incomplete in nature. 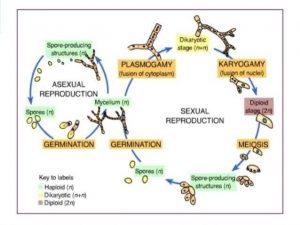