Joshua Lederberg, an American molecular researcher, coined the term plasmid in 1952 to describe “any extrachromosomal hereditary material.” A plasmid is a small DNA molecule that can replicate independently of chromosomal DNA and is physically separated from it in a cell. Plasmids are small circular double-stranded DNA molecules that are most commonly found in bacteria; however, they can also be found in archaea and eukaryotic organisms. In nature, plasmids frequently carry genes that aid in the survival of the organism, such as antibiotic resistance.

Unlike chromosomes, which are large and contain all of the necessary genetic information for normal living, plasmids are typically small and contain only additional genes that may be useful in specific situations or conditions. In molecular cloning, artificial plasmids are commonly used as vectors to drive the replication of recombinant DNA sequences within host organisms. Plasmids can be introduced into a cell via transformation in the laboratory.

The plasmid’s size ranges from 1 to over 200 kbp, and the number of identical plasmids in a single cell can range from one to thousands in some cases. Different types of plasmids can be found in a microbe, but they can only coexist in a single bacterial cell if they are compatible. If two plasmids are incompatible, one of them will be lost from the cell quickly. As a result, different plasmids may be assigned to different incompatibility groups depending on whether or not they can coexist.

There are five main classes of plasmids based on the function:

1. Fertility F-plasmids, containing tra genes. They can conjugate, resulting in the expression of sex pili.

2. Resistance (R) plasmids, which contain genes that provide antibiotic or poison resistance. Before the nature of plasmids was understood, they were known as R-factors.

3. Col plasmids, which contain genes encoding bacteriocins, which are proteins that can kill other bacteria.

4. Degradative plasmids, which can digest unusual substances such as toluene and salicylic acid.

5. The virulence plasmid, which converts the bacterium into a pathogen. 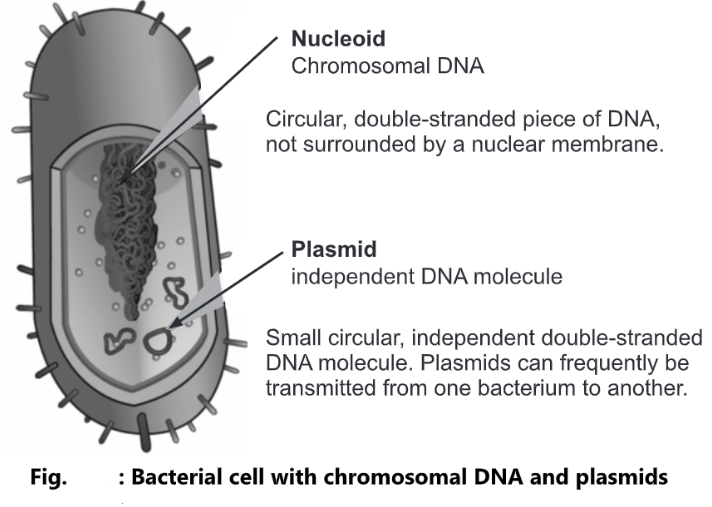 1. They may contain genes that help an organism survive by killing other organisms or by producing toxins to defend the host cell.

2. F-plasmids are plasmids that contain transfer genes that allow genes to be conjugated from one bacterium to another.

3. Resistance plasmids, also known as R plasmids, contain genes that help a bacterial cell defend itself against environmental factors such as poisons and antibiotics.

4. When a virulence plasmid is found inside a bacterium, it transforms it into a pathogen, which is a disease-causing agent. Virulence plasmids are found in the bacteria Escherichia coli. Severe diarrhea and vomiting can be caused by certain strains of E. coli.

5. Degradative plasmids help the host bacterium in digesting compounds not found in nature, such as camphor, xylene, toluene, and salicylic acid. These plasmids contain genes for enzymes that break down specific compounds.