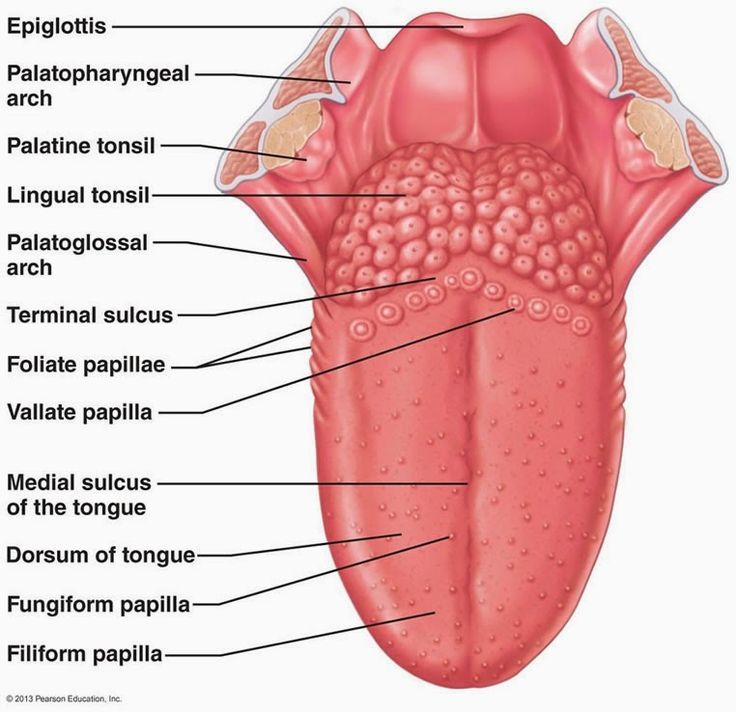 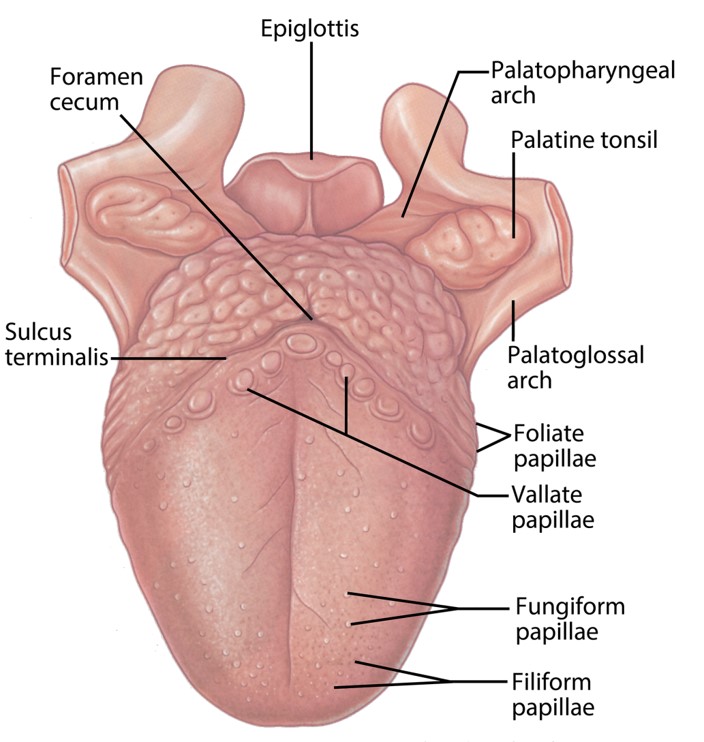 The medially placed lingual frenulum attaches the anterior two thirds of the tongue to the floor of the mouth. On either side of the frenulum, extending almost to the tip of the tongue, surface bulges may be observed representing the underlying glands of Blandin-Nuhn, another group of the named, minor accessory salivary glands. These glands are mixed, producing both serous and mucus saliva, which empty into the oral cavity via several minute pores.