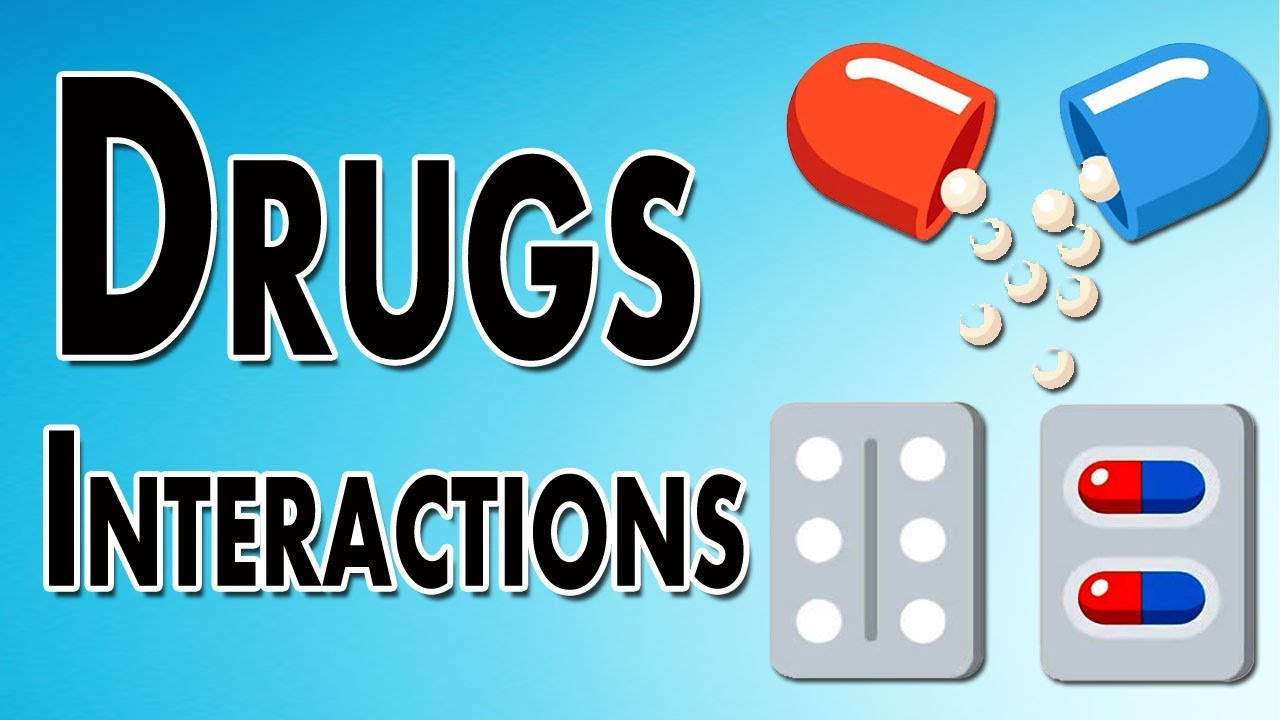 In clinical practice, many times different combinations of two or more drugs are prescribed. Such combinations are supposed to give particular drug actions. These drug actions are produced due to interactions between different drugs prescribed in that combination. Multidrug therapy is justifiable in many clinical situations, such as in the case of co-existing diseases, chemotherapy of infectious diseases, etc. as concurrent administration of different drugs results in a better therapeutic benefit to the patient. However, occasionally concurrent existence of different drugs in the body may result in adverse effects. These effects are described as adverse drug interactions. The basic principles behind drug interactions are discussed in this topic.

The term drug interaction is mainly concerned with the modification of the effect of one drug by the presence (concurrent or prior administration) of another drug. The drug interactions may be beneficial or harmful. They vary from person to person and species to species. They may be of major clinical significance (require monitoring) or of no clinical significance at all.

(b) Drugs having more than one action and

(c) Availability of many potent drugs.

The effects of a drug may be modified by prior or concurrent administration of some other drug. Thus, highly improved therapy is possible by the use of combined medication. But, sometimes, it may also show severe adverse effects. The pharmacist keeps records of prescriptions which are filled and helps in prevention or detection of such drug related problems. Thus, he avoids any drug interaction that can occur due to patients non-compliance, prescriber’s negligence, patient’s confusion or lack of information. Besides the study, also helps in getting clinical benefits of drug interactions.

These interactions are desired and are beneficial to the patient in one or the other ways. Such interactions can provide the following benefits :

These are not desired and are harmful to the patient to a lesser or greater extent.

The drug interactions can be classified into three classes, viz. :

(1) Those affecting pharmacokinetic aspects of the drug.

(2) Those affecting pharmacodynamic aspects of the drug, and

This relates to the interaction occurring at any of the pharmacokinetic stages, i.e., absorption, distribution, metabolism, and excretion of the drug.

(a) Interactions Affecting the Absorption of Drug :

This group includes those interactions in which the absorption through GIT is either increased or decreased. e.g.

(ii) Absorption of tetracycline is decreased due to the formation of an insoluble complex with ions like Cat++, Mg++ from milk, or antacids.

(iii) Cathartics like senna increase gastrointestinal motility and thus reducing the drug residence time in GIT which decreases the absorption of drugs.

(iv) Absorption of digoxin is decreased due to the presence of metoclopramide which increases gastrointestinal motility.

(b) Interactions Affecting the Distribution of Drugs :

This is mainly related to the interaction in protein binding level. e.g.

(ii) Salicylates replaces coumarin anticoagulant and may cause haemorrhage.

(i) Inhibition of Metabolism: Isoniazide inhibits the hydroxylation of dipheny hydantoin and may cause toxicity of Biphenyl hydantoin.

One drug may block the renal excretion of another by competing for the same tubular transport system or may increase the excretion of the drug by increasing its ionization.

(i) Inhibition of Excretion: Probenicide competes with penicillin in renal secretion and thus inhibits the excretion of penicillin.

(ii) Increase in Renal Excretion: Antacids like sodium bicarbonate make the urine alkaline and thus enhance the ionization of weak acidic drugs like salicylates, barbiturates and lead to their rapid excretion.

This involves interactions at the pharmacodynamic level of the drug. There may be direct interaction between the drugs or drug effects or interaction at the receptor level. This may enhance or inhibit the total effect.

(i) Interactions enhancing the effect: The general anesthetics especially the halogenated hydrocarbons may sensitize the myocardium to the effect of catecholamines precipitating cardiac arrhythmia.

(ii) Interactions Inhibiting the Effect: Acetylcholine and atropine by
competitive antagonism opposes the actions of each other.

Alcohol and amphetamine have opposite effects on CNS.

(ii) Food-Drug Interactions: Tyramine present in cheese, banana may not be metabolized by MAO if MAGI is given and a severe hypertensive crisis may result.

(iii) Interactions with Formulation Additives: Enteric-coated tablets may dissolve in the stomach if antacids are administered concurrently. Additives like CMC, gelatin increases the viscosity around the drug particle which results in decreased drug dissolution.