Immunoglobulins are made up of glycoprotein molecules. Immunoglobulins are produced by plasma cells in response to an immunogen and function as antibodies. The immunoglobulins derived their names from the invention that immunoglobulins generally migrate with globular proteins when antibody-containing serum is placed in an electrical field. Immunoglobulins are also known as antibody. They are large Y-shaped protein used by the immune system to identify and neutralize foreign objects like bacteria and viruses. The antibody recognizes a unique part of the foreign particle which is known as an antigen. Generally, antibodies occur in two physical forms, a soluble form which is secreted by the cell, and a membrane-bound form that is attached to the surface of a B cell and is referred to as the B cell receptor (BCR). 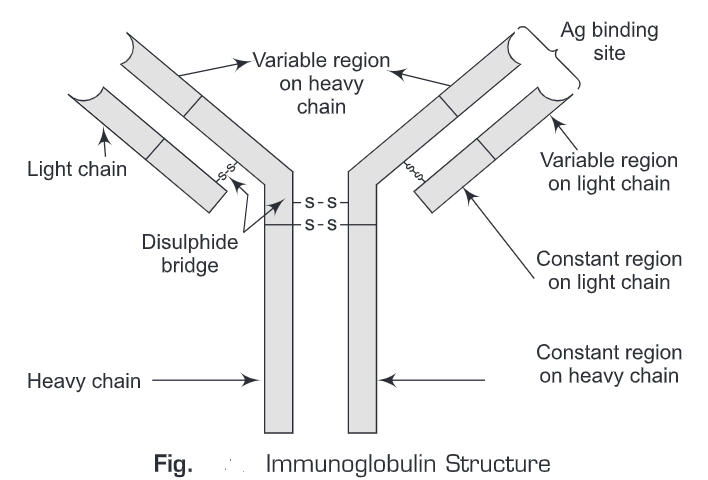 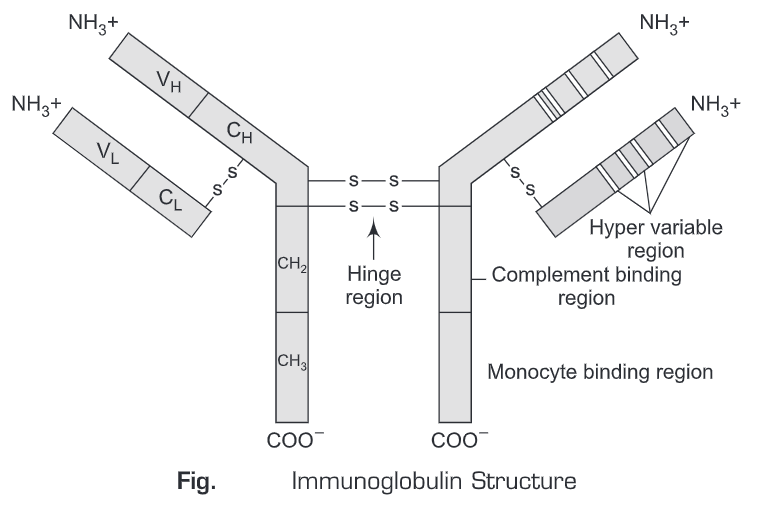 Structure of the Variable Region

Determining the structure/function of the immunoglobulin fragments produced by proteolytic digestion has proven very useful. 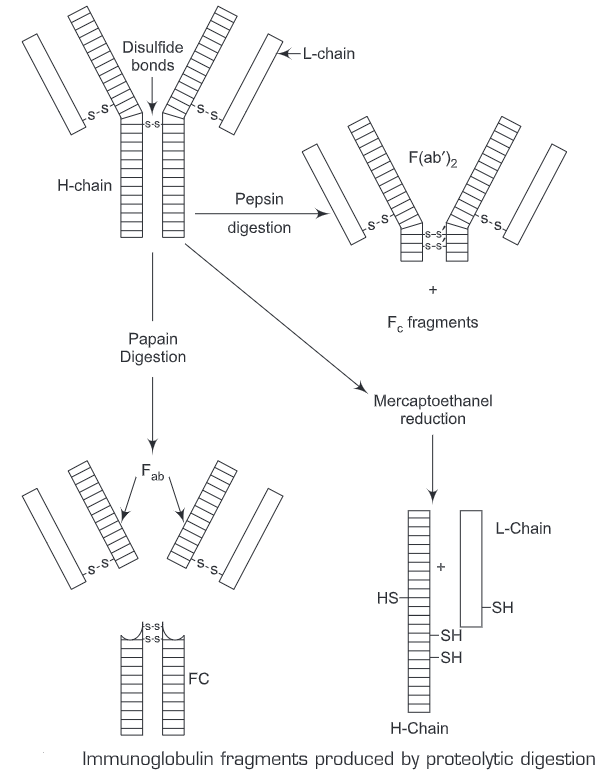 Antigen binding – These fragments were called the Fab fragments because they contained the antigen-binding sites of the antibody. Each Fab fragment is monovalent whereas the original molecule is divalent. The combining site of the antibody is created by both VH and VL. An antibody is able to bind a particular antigenic determinant because it has a particular combination of VH and VL. Different combinations of a Vj, and V, result in antibodies that can bind a different antigenic determinant.

Billions of different variable regions are made and the general structure of antibodies falls into just five classes and this is based upon the type of heavy chain present in the antibody. In mammals, there are five classes of antibodies, IgA, IgD, IgE, IgG, and IgM, each with its own class of heavy chain. In addition, there are a number of subclasses of IgG and IgA immunoglobulins; for example, there are four human IgG subclasses (IgGl, IgG2, IgG3, and IgG). Each class (and subclass) has characteristic properties of its own. Except for their variable regions, all the immunoglobulins within a class have about 90% homology in their amino acid sequences, but only 60% homology exists between classes (eg., IgG and IgA). 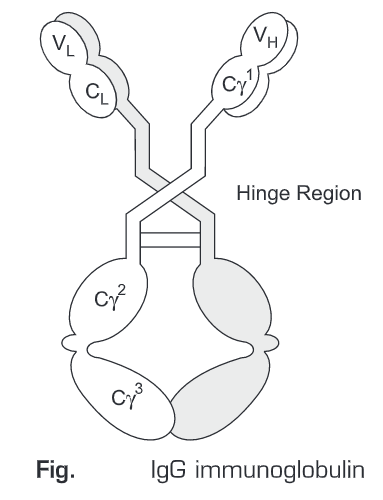 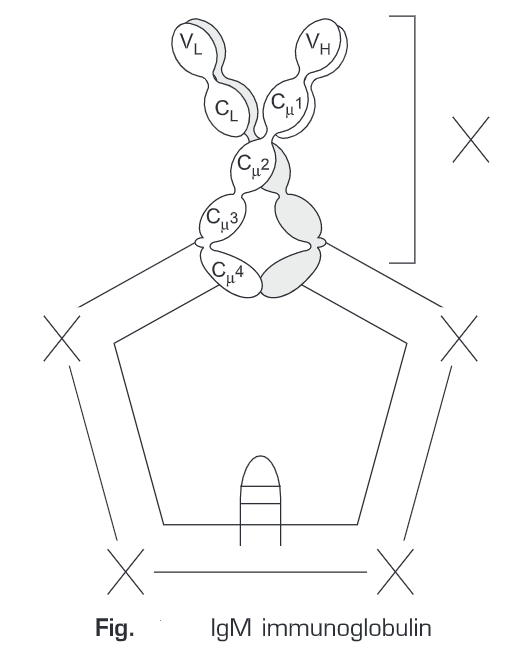 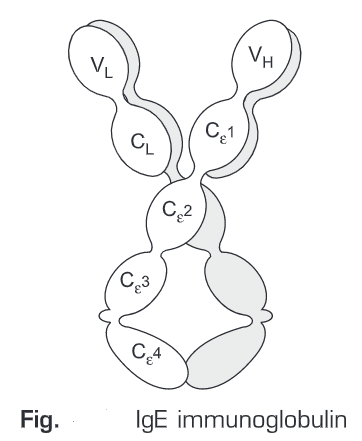 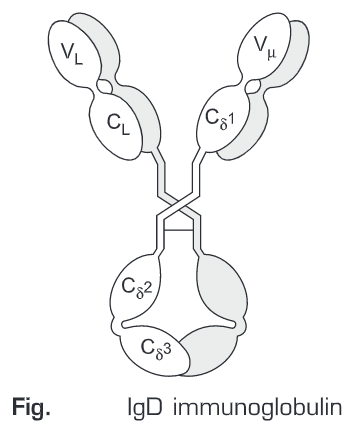 Since antibodies are glycoproteins, they can themselves function as potent immunogens to induce an antibody response. The antigenic determinants, or epitopes on Ig molecules fall into three major categories which are located in characteristic portions of the molecule.