Adenoviruses are medium-sized, nonenveloped and icosahedral nucleocapsid with DNA containing viruses. It is made up of 252 capsomeres: 240 hexons forming the faces and 12 pentons at the vertices word Adenovirus is a Latin word which means gland and because this virus where first isolated from tonsils and adenoids gland of human and it causes respiratory infection 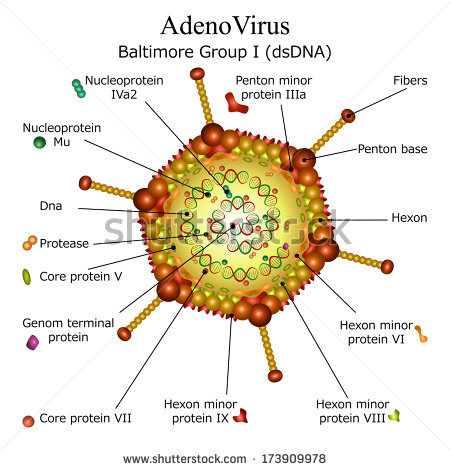