Autoimmunity is a condition in which structural and functional damage is produced by the action of antibodies or immunologically competent cells against the normal components of the body or it is the failure of an organism to recognize its own constituent parts as self, which allows an immune response against its own cells and tissues. For example, Coeliac disease, diabetes mellitus type 1 (IDDM), systemic lupus erythematosus (SLE), Graves disease, etc. Ideally, a minimum of three requirements should be met before a disorder is categorized as truly due to autoimmunity which is as follows:

Since autoimmunity implies a loss of self-tolerance, it is important to understand the mechanism of immunological tolerance.

Immunological tolerance is a state in which the individual is incapable of developing an immune response to a specific antigen. Self-tolerance refers to the lack of responsiveness to an individual’s antigens. Several mechanisms have been postulated to explain the tolerant state, out of which three are of worthy consideration.

Clonal deletion refers to the loss of self-reactive T and B lymphocytes during their maturation. T cells that bear receptors for self-antigens are deleted within the thymus when these self-antigens are presented to them in relation to self MHC molecules. Therefore, the peripheral T cell pool is deficient in self-reactive T cells. This is the same for B cells when they encounter membrane-bound antigens within the bone marrow.

(ii) A set of second co-stimulatory signals provided by the APCs.

This includes binding of T cell-associated molecules (CD28) to its ligand on the APC (called B7). If the antigens presented by cells do not have B7 then the T lymphocyte gets anergic. A special form of peripheral unresponsiveness may occur if a T cell that bears receptors for self-antigens encounters the antigen on a cell that does not express MHC class II molecules.

B cells are also affected by clonal anergy. If B cells encounter antigen before they are fully mature, the antigen receptor complex is endocytosed and such cells can never re-express their immunoglobulin receptors. They are unable to respond to subsequent antigenic stimulation.

Both cellular and humoral factors can actively suppress auto-reactive lymphocytes. Suppressor T cells are CD8+T lymphocytes and secrete cytokines like TGF-beta that downregulate the immune responses.

An Autoimmune Disease can be defined as a specific and sustained adaptive immune response directed against the self which causes damage to the host. Autoimmune diseases can be divided into two classes depending on the principal clinicopathologic features of each disease. These are systemic autoimmune disorders and organ-specific or localized autoimmune disorders.

In an organ-specific autoimmune disorder, the immune response is directed against a target antigen unique to a single organ/gland, so that the manifestations are largely limited to that particular organ only. The cells of the target organs may be damaged directly by cell-mediated or humoral effector responses. Alternatively, the antibodies may over-stimulate or block the normal function of the target organ. Examples are Diabetes mellitus type 1, Grave’s disease, Pernicious anemia, Myasthenia gravis, Hashimoto’s thyroiditis, etc. 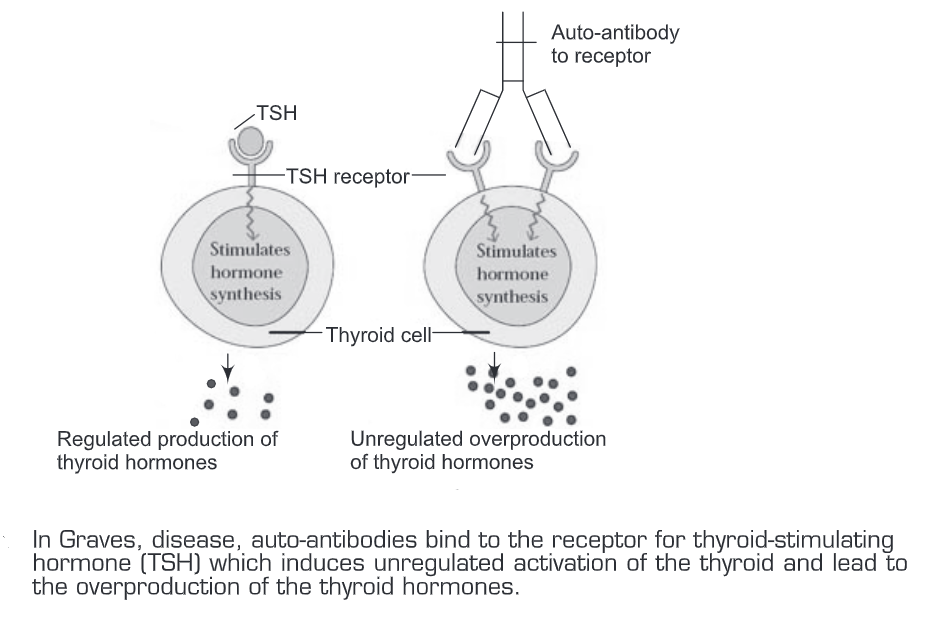 In systemic autoimmune diseases, the response is directed toward a broad range of target antigens which involves a number of organs and tissues. These diseases reflect a general defect in immune regulation that results in hyperactive T cells and B cells. Tissue damage by cell-mediated immune responses and from direct cellular damage caused by auto-antibodies or by the accumulation of immune complexes is widespread. Examples are Systemic Lupus Erythematosus (SLE), rheumatoid arthritis, dermatomyositis, etc.

Mechanism of Autoimmune Disease Induction – The induction of autoimmune disease occurs as mentioned below:

A variety of mechanisms have been proposed for the induction of autoimmune diseases.

The general mechanisms for the T-cell-mediated generation of autoimmune diseases are as follows :

A variety of other antigen nonspecific mechanisms contribute to this end, and they are collectively known as “bystander activation”. These mechanisms include increased MHC class I or II molecule expression, enhanced processing and presentation of self-antigens, cytokine release with immune activation, direct lymphocyte activation by lymphotropic viruses, and changes in the function of lymphocytes and macrophages. These changes might happen during infections.

Genetic factors in autoimmunity: Evidences are:

(a) Familial clustering of many autoimmune diseases 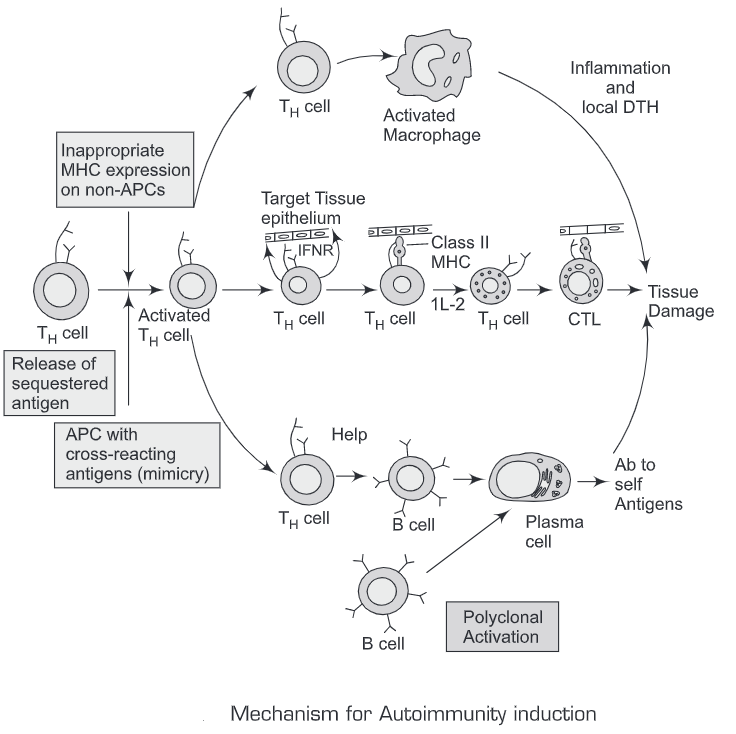 The exact mechanism by which genes predispose to autoimmunity has not been completely understood, but attention is focused on the relationship of autoimmunity to class I MHC molecules.

At least 2 mechanisms can explain this association:

Tests For The Detection Of Autoantibodies

A number of tests can be used for the detection of autoantibodies which are as follows:

Immunoprecipitation Tests: When a soluble antigen combines with its antibody in the presence of electrolytes at a suitable temperature and pH, the antigen-antibody complex forms an insoluble precipitate. When instead of sedimenting, the precipitate remains suspended as floccules, the reaction is known as flocculation. Precipitation can take place in liquid media or in gels such as agar, agarose, or polyacrylamide.

The amount of precipitate that will form will greatly be influenced by the relative proportions of antigens and antibodies. If to the same amount of antiserum in different tubes, increasing amounts of antigens are added, precipitation will be found to occur more rapidly and adequately in one of the middle tubes in which the antigen and antibody are present in optimal or equivalent proportion. In other tubes, precipitation is either weak or absent. For a given antigen-antibody system, the equivalent ratio is constant irrespective of the quantity of the reactants. If the amount of precipitate is plotted in a graph, there are three phases:

The prozone is of importance in clinical serology as sometimes sera rich in antibody may give false negative precipitation or agglutination result unless seria] dilutions are tested.

Flocculation and agglutination tests: When the antigen is available in a particulate form or if the antigen can be tagged onto particulate materials Viz. erythrocytes, bentonite or latex particles, then on reacting with the antibodies there is clumping of particles within minutes-checked under the microscope

Treatments —Treatment for autoimmune diseases are aimed at reducing only the autoimmune response while leaving the rest of the immune system intact. Some of these approaches are mentioned below:

A better understanding of the relationship between infection and autoimmunity may allow the prevention of autoimmune sequelae in some of these conditions. 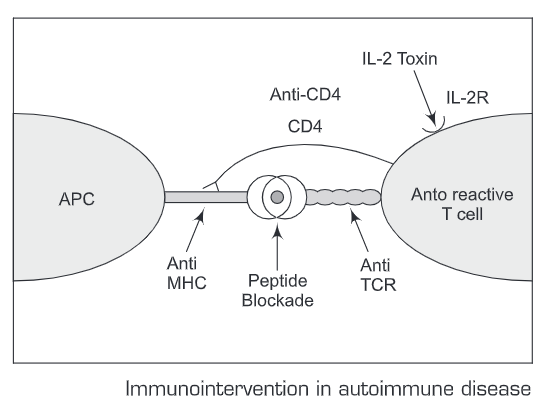