The main aims of DNA diagnostics are:

DNA diagnostics helps in the detection of:

The principle of DNA diagnostics involves the isolation of DNA, then amplification of a DNA region by PCR (other analyses) followed by visualization of results in the gel. The characteristics of DNA diagnostics for detection of polymorphism of the predisposition gene are:

The main characteristics of a detection system in DNA diagnostics are:

DNA diagnostics include the following systems:

The genus Mycobacterium is made up of 30 species and many subspecies and it has two groups fast-growing and slow-growing species. In this genus, all the members are non-motile, non-spore-forming chemo-heterotrophs that posse’s genome with high G + C contents (55-70%). Mycobacterium tuberculosis causes the disease tuberculosis. Tuberculosis usually attacks the lungs and also affect other parts of the body. It is spread through the air, when people who have the disease cough, sneeze, or spit. It has waxy walls and is slow-growing

This is a commonly used diagnostic method for Mycobacterium tuberculosis. The procedure is as follows:

Light microscopy: This is used to examine acid fast-stained sputum or smear.

Culture method: This is the most reliable method for the diagnosis of tuberculosis. In this method, primary sputum (culture of Mycobacterium from the clinical specimen) is decontaminated by sodium hydroxide and N-acetyl- L- cysteine and then plated onto Lowenstein-Jensen medium or Middlebrook 7H11 supplemented with a specific antibiotic.

Trypanosoma is a protozoan and belongs to the Trypanosomatidae family. This family is made up of a large number of widely distributed species in nature that have a complex life cycle involving both vertebrate and invertebrate hosts. T. cruzi causes American trypanosomiasis (also called Chagas disease) which is spread by insects.

Advantage—It is easy to perform and requires less time.

Disadvantage —It is not accurate always sometimes fails to detect the parasite in the infected patient.

(a) Indirect Immuno-fluorescence Test: It is used for the detection of chronic Chagas disease. Infected patients have a detectable levels of specific antibodies that bind to the parasitic antigens.

Advantage- It is easy and can detect low level of parasitic antigen.

Advantage- It is easy to perform and requires less time. 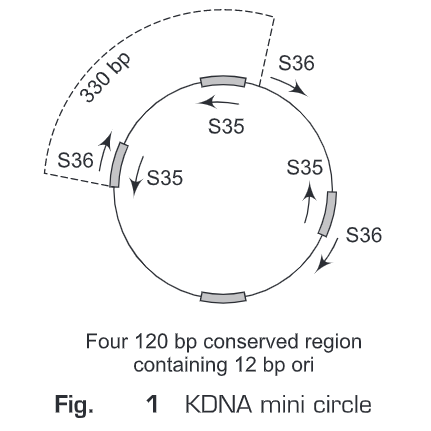