Excretory products and their eliminations

Excretory Products and their eliminations

On the basis of osmoregulation, animals are either osmoconformers or osmoregulators.

Eg. Most vertebrates. except hagfish 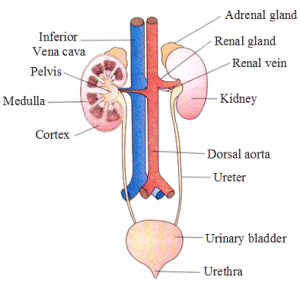 Kidney is covered by 3 protective layers which are as follows:

2.Adipose Capsule : It is the middle cover involving adipose tissue and acts as shock absorber.

3.Renal Fascia : It is the outermost fibrous cover linking it with the abdominal wall.

As the kidneys are fused with the body wall on the dorsal side, peritoneal cover is present only on the

ventral side. This arrangement is called retroperitoneal arrangement. 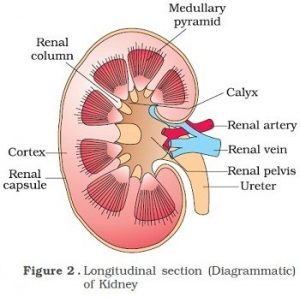 Inner = Internal sphincter (made up of involuntary muscle) 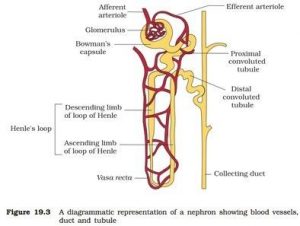 It consists of flat squamous epithelial cells on the periphery and specialised podocytes in the remaining part.

It consists of flat squamous epithelium. The space between the two layers of Bowman’s capsule is called lumen or capsular space. 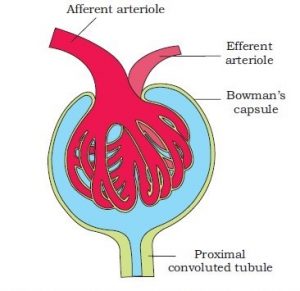 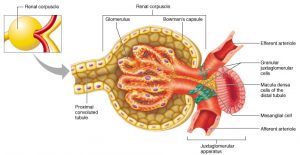 (ii)The epithelium of Bowman’s capsule, and

FUNCTIONS OF THE TUBULES

MECHANISM OF CONCENTRATION OF THE FILTRATE 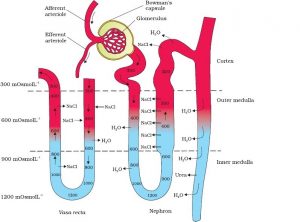 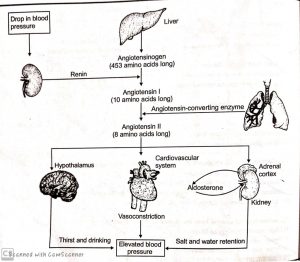 ROLE OF OTHER ORGANS IN EXCRETION

Other than the kidneys, lungs. liver and skin also help in the elimination of excretory wastes.

DISORDERS OF THE EXCRETORY SYSTEM

Kidney transplantation is the ultimate method in the correction of acute renal failures (kidney failure).

Glomerulonephritis: Inflammation of glomeruli of the kidney.