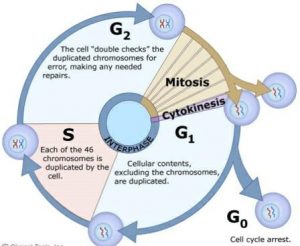 PROPHASE II: it generate immediately after the cytokinesis usually before the chromosomes are fully elongated.

METAPHASE II: In this stage the chromosomes align at the equator and the microtubules from opposite poles of the spindle get attached to the kinetochores.

ANAPHASE II: It starts with the simultaneous splitting of the centromere of each chromosome.

TELOPHASE ll: The process ends with telophase. In this the two groups of chromosomes once again get enclosed by a nuclear envelope in which cytokinesis follows resulting in the formation of tetrad of the cell. 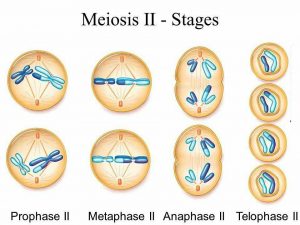