The immune system is a defense system that enables us to resist infections. The immune system is composed of two types of immunity: innate or non-specific immunity and adaptive or specific immunity. Innate immunity is the first line of defense against invading organisms while adaptive immunity acts as a second line of defense and also gives protection against re-exposure to the same pathogen. Each type of immunity has both cellular and humoral components by which they carry out their protective function.

Pathogens and Disease: Pathogens are defined as microbes such as viruses, bacteria or fungi capable of causing host damage or disease. When host damage reaches a certain threshold, it can manifest itself as a disease. The occurrence of an infectious disease in an individual involves complex interactions between the pathogen and the host.

Important Features of Immunity to Pathogens: Defense against pathogens is mediated by both innate and specific immunity. The innate immune response to pathogens plays an important role in determining the nature of the specific immune response. The immune response is capable of responding in distinct and specialized ways to different pathogens in order to combat these infectious agents most effectively. The survival and pathogenicity of pathogens in a host are critically influenced by their ability to evade or resist protective immunity. Tissue injury and disease in consequence of infections may be caused by the host response to the pathogen and its products.

Viruses are obligatory intercellular pathogens that replicate within cells. They use the nucleic acid and protein synthetic machineries of the host cell and infect a variety of cell populations by utilizing normal cell surface molecules as receptors to enter the cell. The immune system produces two types of responses against the virus infection:

2. Specific Immune Response to Viruses: It is mediated by a combination of humoral and cell-mediated immune mechanisms.

(a) Humoral mediated immune response: Antibodies specific for viral surface antigens are often crucial in containing the spread of a virus during acute infection and in protecting against re-infection. Specific antibodies are important in defense against viruses early in the course of infection and in defense against cytopathic viruses that are liberated from lysed infected cells. Opsonization: Opsonizing antibodies may enhance phagocytic clearance of viral particles. 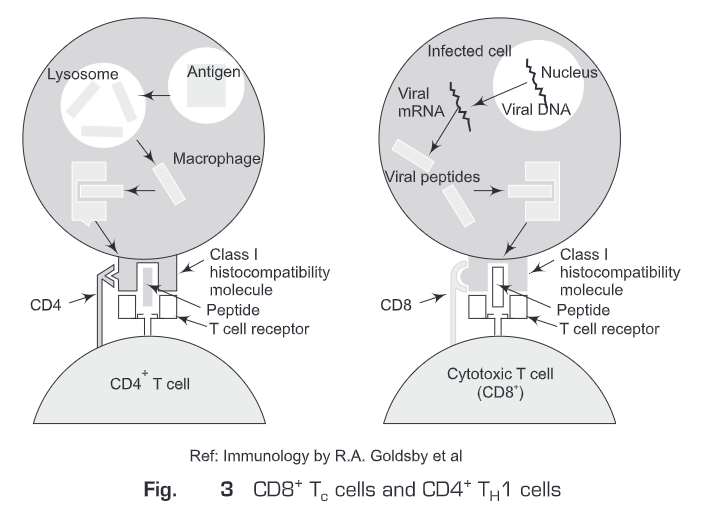 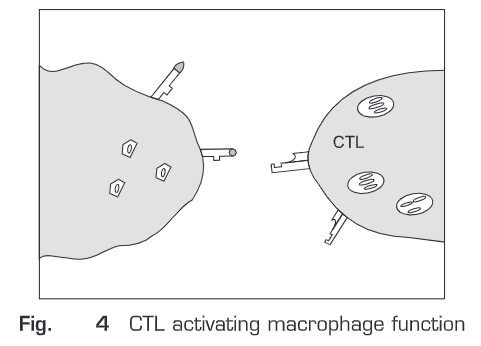 Tissue Injury: In some cases, infections with non-cytopathic viruses, CTLs may be responsible for tissue damage to the host.

Evasion of Immune Mechanisms by Viruses: Viruses have evolved numerous mechanisms for evading host immunity. A number of viruses have strategies to evade complement-mediated destruction. Viruses can also escape immune attacks by changing their antigens. A large number of viruses evade the immune response by causing generalized immunosuppression.

Extra-cellular bacteria: They replicate outside the host cells and they cause disease by two principle mechanisms

(a) By inducing inflammation

The immune responses against extracellular bacteria are aimed at eliminating the bacteria and neutralizing the effects of their toxins.

Tissue Injury: The principal injuries of host responses to extracellular bacteria are inflammation and septic shock 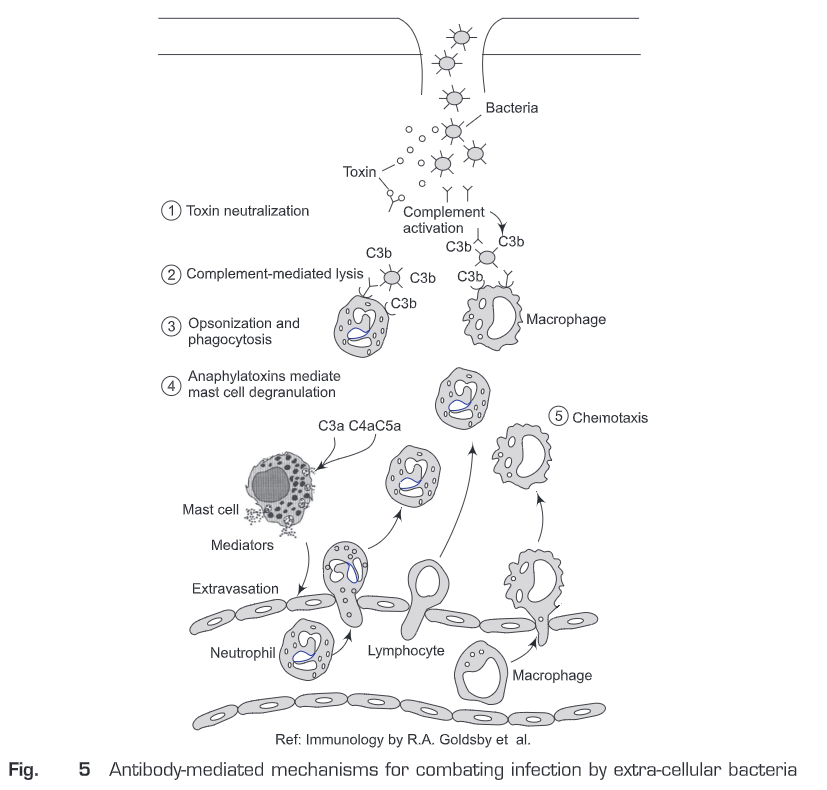 Tissue Injury: Tissue damage can be caused by macrophage activation that occurs in response to intracellular bacteria and the macrophages accumulate and result in the formation of a granuloma.

(a) Site of infection—Superficial, cutaneous, subcutaneous, or deep or systemic

(b) Route of acquisition— Exogenous, endogenous

Innate Immunity to Fungi: Neutrophils act as the principal mediators of innate immunity against fungi. Neutrophils release fungicidal substances, such as reactive oxygen species and lysosome enzymes and they also phagocytose fungi for intracellular killing.

Specific Immunity to Fungi: Cell-mediated specific immunity is the major defense against fungal infections. Fungi that are present intercellularly in macrophages are eliminated by two types of cell-mediated reactions:

Evasion of Immune Mechanisms by Fungi: Since individuals with healthy immune systems are not susceptible to opportunistic fungal infections, very little is known about the ability of fungi to evade host immunity.

Parasitic infections may be defined as the infection caused by the animal parasites, such as protozoa, helminths, and ectoparasites. Humans are only part of the complex life cycle of parasites.

Protozoa and helminthic parasites that enter the bloodstream or tissue are often able to survive and replicate because they are resistant to host innate immune responses.

Tissue injury: Tissue injury can be caused when parasites deposited in the liver stimulate CD4+ T cells and cause macrophages to activate and induce DTH reactions. Sometimes the formation of granulomas may occur.

Evasion of Immune Mechanisms by Parasites: Evolutionary adaptations give parasites their ability to evade and resist immune responses. These include: