The honey bees shows complete metamorphosis and thus are termed as holometabolan insects. The queen is functional female.

Table 1: Morphological features distinguishing the three-castes of a honey bee

Adult: The emerged adult chew away the cell cap and crawls out to join the other bees as a member of the hive. The morphological features are described in earlier i.e. in social organization. Emergence of the young ones takes place after 3-weeks and they get busy in the indoor duties for about 2 to 3 weeks, later on they are sent for the outdoor duties. 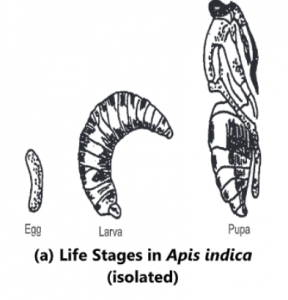 Colony Organization and Division of Labour 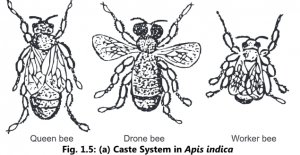 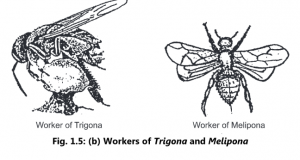