An amplified signal can be propagated to the nucleus to regulate gene expression in response to an external cell stimulus.

The major intracellular signalling pathways indlude the cAMP and cGMP pathways, the phospholipase C-Ca2+ pathway, the NF-kB (for nuclear factor involved in the transcription of the k light chain gene in b lymphocytes) transcription factor pathway, the Ca2+ – calmodulin pathway, the MAP (for mitogen-activated protein) kinase pathway, and the JAK-STAT (for signal transducers and activators of transcription) pathway. 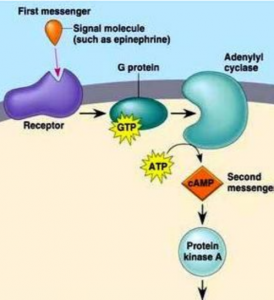 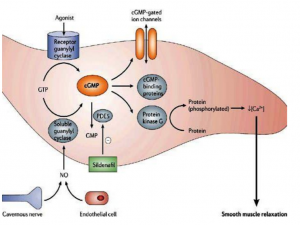 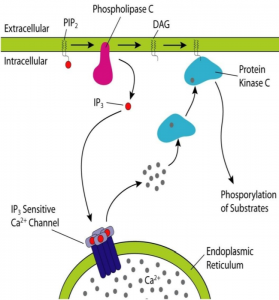 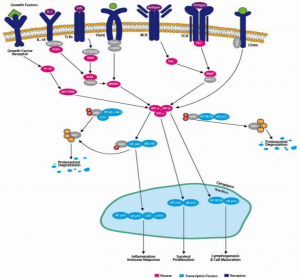 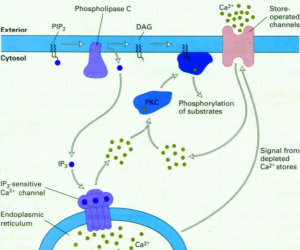 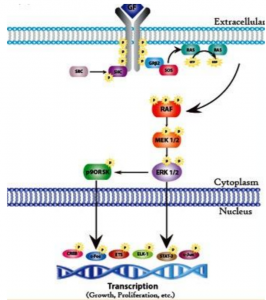 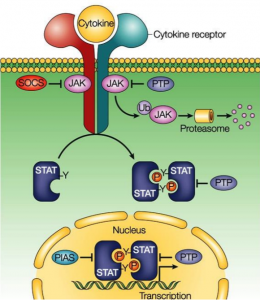