Cell division is a series of events that takes place inside a cell which causes the division of the cell into an equal number of daughter cells.

Cell division also maintains a fully grown individual. All multi-cellular eukaryotic organisms grow in size and maintain the cells of their body (the somatic cells) by a sequence of events called the cell cycle. 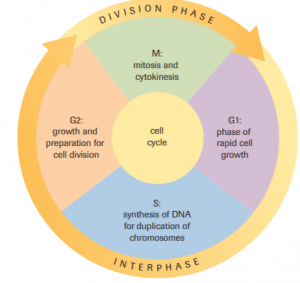 It is differentiated into-

The Stages of Mitosis

Mitosis refers to the division of a cell into two equal daughter cells. 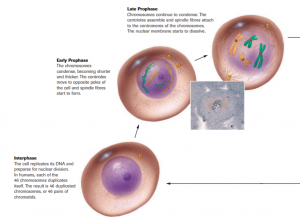 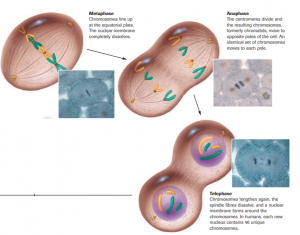 After mitosis two identical daughter cells are seemed to be formed with the same number of chromosomes, i.e. 46 which is called as Equitorial Division