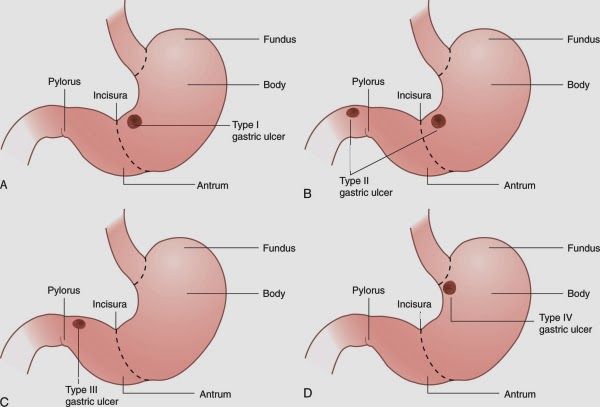 Cause of Gastric Ulceration

Other risk factors that have been identified for gastric ulcers include

The incidence of duodenal ulcers has dropped significantly during the last few decades.