Phases of Culture Growth during Fermentation

Phases of Culture Growth during Fermentation

Mammalian cell culture is encountered with various different phases of growth and/or death starting from the point of inoculation of the medium with cell culture until shut-down. The cell population in a batch culture has the following phases of development: 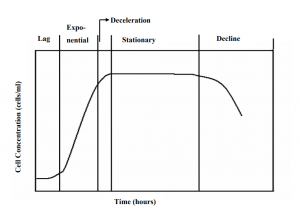