Production of Vitamin B12 (Cobalamin)

Production of Vitamin B12 (Cobalamin) 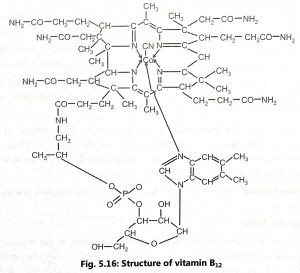 Pure culture of Streptomyces olivaceus is inoculated in inoculum medium contained in Erlenmeyer flasks. Bennett’s broth [yeast extract (0.1%), beef extract (0.1%), glucose (1%), and enzymatic hydrolysate of casein (0.25%)] is employed for the development of inoculum. Flasks are kept on the mechanical shaker during incubation for aeration. These flask cultures are used to inoculate a large amount of inoculum media. The required amount of inoculum (5% of the volume of production medium) is prepared by successive transfers. 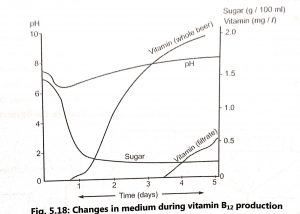 Recovery of vitamin B12: