Genetically engineered foods are foods developed using genetic modification approaches as opposed to conventional cross-breeding from animals that have incorporated change in their DNA. This consists of the injection into unrelated populations of a gene from outside sources, such as viruses, bacteria, animals, or plants. Biotechnology has helped us to address unresolved obstacles to physiology and to share genetic materials between all live species.

There are several benefits of genetically modified foods, including:

1. Disease resistance: Genes can be modified to make crops more resilient when it comes to disease, especially those spread through insects. This can lead to higher crop yields, which many experts argue can help feed people in developing countries.

2. Cost: Because food can be more resistant to disease, it reduces the cost of pesticides and herbicides. Although the genetically modified seed is initially a more costly investment, this cost reduction, along with fewer lost crops, leads to more profits. In many cases, lower costs are passed on to the consumer through lower food prices.

3. Quality: Some genetically modified foods, in particular fruits and vegetables, have a longer shelf life than natural products.

4. Taste: Some people say that genetically modified food has a better taste. In some cases, genes may be altered to improve taste, although this is still a factor that varies from person to person.

5. Nutritional content: Foods are often genetically modified to increase their nutritional content. This is particularly useful for certain populations where there is a lack of a specific nutrient in the local diet.

Although there are some benefits to genetically modified foods, there are some risks associated with these foods. Some of these risks include the following:

1. Allergens and toxins: Some genetically modified foods may contain higher levels of allergens and toxins, which may have negative effects on the personal health of those who eat them. This may be particularly dangerous for people with severe food allergies.

2. Antibiotic resistance: because genetically modified food is often used to control certain pesticides and herbicides, there may be an increased risk that people who eat these foods may be more resistant to antibiotics.

3. New diseases: viruses and bacteria are used in the process of food modification, which means that there is a possibility that they could cause the development of a new disease.

5. Biodiversity loss: genetically modified food could potentially cause damage to other organisms in the ecosystems where it is grown. If these organisms are killed, this leads to a loss of biodiversity in the environment, while at the same time putting other organisms at risk by creating an unstable ecosystem.

How does genetically modified food affect the human body?

GM foods face the largest danger that they can damage the human body. Consumption of these genetically modified organisms is suspected to contribute to the development of diseases resistant to antibiotics. Genetically engineered foods are inherently unstable

Toxicity- Before establishing its non-testing policy, the FDA was well aware of the issue of “genetic uncertainty.” FDA scientists have warned of harmful food contaminants and that this issue is a considerable health risk.

Allergic Reactions- GE foods pose a further risk of allergy. These foods could create thousands of new allergic responses that can be formed into foods for each genetic ‘cassette’. It contains some novel proteins that were never part of the human diet (such as altered genes, bacteria, viruses, promoters, marker structures, and vectors).

Antibiotic Resistance- Almost all genetically modified crops are immune to antibiotics. Markers that allow the producers to determine if the new genetic material has been actually moved into the host food.

Loss of Nutrition- The scientists concerned warned the agency precisely that the genetically engineered food might contribute to the “unwanted alteration in the nutrient level” of these foods.

What are the environmental and health concerns of growing GMO crops?

The use of such genetically modified crops will adversely affect the non-target species and the soil and water environments. For example, the growth of herbicidal GM maize and soy, twinned with herbicides, have threatened the monarch butterfly’s habitat in North America. 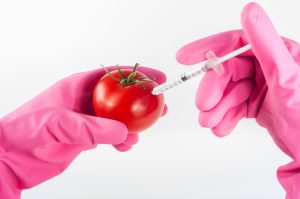