Structure of Chromosomes: Prokaryotic and Eukaryotic

Structure of Chromosomes: Prokaryotic and Eukaryotic

A chromosome is a deoxyribonucleic acid (DNA) molecule with part or all of the genetic material (genome) of an organism. Most eukaryotic chromosomes include packaging proteins which, aided by chaperone proteins, bind to and condense the DNA molecule to prevent it from becoming an unmanageable tangle. The prokaryotes — bacteria and archaea — typically have a single circular chromosome, but many variations exist. This structure is, however, dynamic and is maintained and remodeled by the actions of a range of histone-like proteins, which associate with the bacterial chromosome. 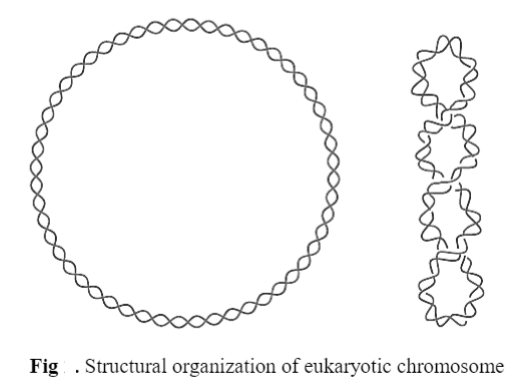 While describing the structure of chromosomes during the various phase of the cell cycle, cell biologists have introduced many terms for the various components as follows –

At mitotic metaphase, each chromosome consists of two symmetrical structures called Chromatid. Each Chromatid contains a single DNA molecule. Both Chromatid is attached only by the centromere and has become separated at the beginning of anaphase.

During mitotic prophase, the chromosomal material becomes visible as a very thin filament called chromonemata. A chromonema presents a chromatid in the early stage of condensation. Therefore Chromatid and chromonemata are two names for the same structure, a single linear DNA molecule, and associated protein. Chromonemata form the gene-bearing portion of the chromosome, Chromonemata are embedded in the achromatic and amorphous substance called matrix. The matrix is enclosed in a sheath or pellicle. Both matrix and pellicle are non-genetic materials.

The Chromomere is a bead-like accumulation of chromatin material that is sometimes visible along interphase chromosomes. The Chromomere bearing chromatin has the appearance of a necklace in which several beads occur on a string. Chromomeres are regions of tightly folded DNA and have a great interest for the cell biologist which corresponds to the unit of genetic function.

It was considered that the centromere consists of small granules or spherules. The chromonema segment of the chromosome, the primary constriction. Centromeres are found to contain specific DNA sequences with special proteins bound to them, forming a disc-shaped structure called the kinetochore.

Each extremity of the chromosome has a polarity and therefore it prevents other chromosomal segments to be fused with it. The chromosomal ends are known as the telomere.

These areas are certain secondary constrictions that contain the genes coding for 5.8S, 18 S, and 28 S ribosomal RNA, and that induce the formation of nucleoli. The secondary constriction may arise because their rRNA genes are transcribed very actively and thus interfering with chromosomal condensation. 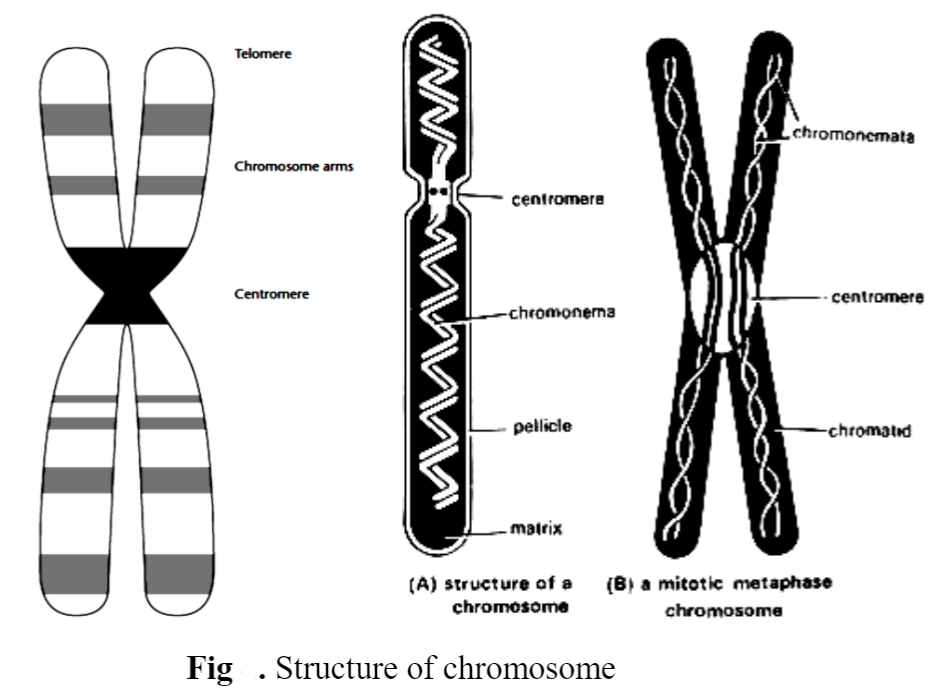 Sometimes the chromosomes bear round elongated or knob-like appendages known as satellites. The satellite remains connected with the rest of the chromosome by a thin chromatin filament. The chromosome with the satellite is designated as a satchromosome. Chromosome satellites are morphological entities and should not be confused with satellite DNA which is highly repeated sequences.

Chromatin consists of DNA, RNA, and proteins. DNA, RNA is the most important component of chromatin, since it plays the central role of controlling heredity. Proteins are of two types; histones and non-histones proteins.
Histones are basic and non-histones are acidic in nature. Histone consists of 80% of total chromosomal proteins, they are present in ratio with DNA. Non-histones proteins are 20% which include many important enzymes such as DNA and RNA polymerases.
A DNA molecule is composed of three kinds of moieties.
l) Phosphoric acid
2) Deoxyribose sugar and
3) Nitrogen base. 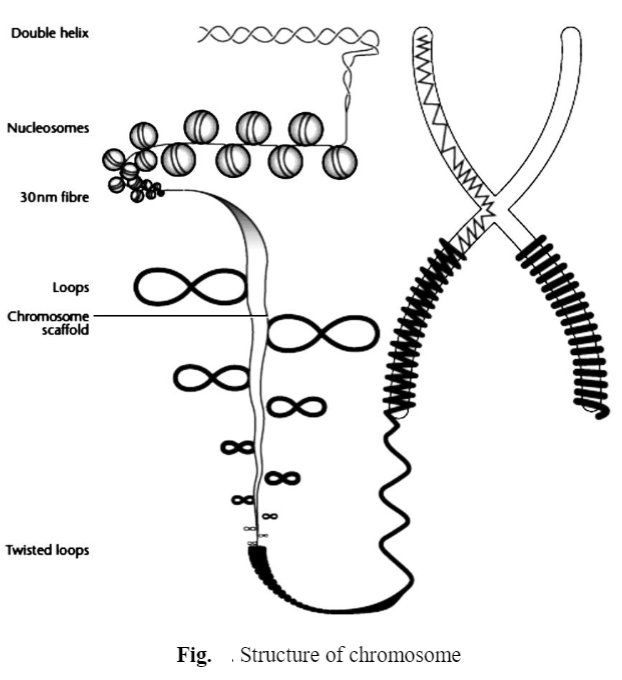