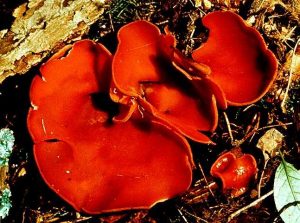 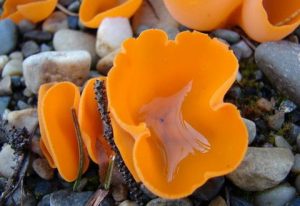 It is subdivided into 6 classes-

Reproduction may occur sexually or asexually.

1. By Formation of Conidia-

2. Other spore formations like Oidia or Chlamydospores- This may occur in some species.

Ascomycota have male and female gametangia in their haploid stage ie. antheridium and ascogonium respectively.

Diploid nucleus immediately undergoes meiosis followed by mitosis resulting in 8 haploid nuclei. Each nuclei accumulate cytoplasm, secrete a wall around it develop into an ascospore. 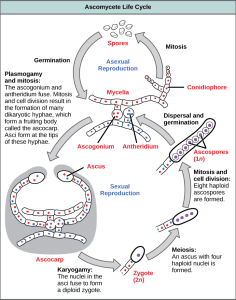