Any potential method of disruption must ensure that-

1) The product should not be denatured by the process.

2) The product should not be hydrolysed by enzymes present in cell.

3) The product should not be contaminated.

Liquid shear force for cell disruption is used mostly for the large scale release of enzymes or intracellular products from the microbial cells. The method is based on the shear force generated by cavitations in the cell slurry due to a large pressure drop.

This method is most widely used in large-scale enzyme purification.

This is a suitable method for laboratory and can also be operated in a semi-continuous mode on a small scale in the industry. Frozen samples of microorganisms are passed at very low temperature (-25°C) through a small orifice at very high pressure. The breakage occurs due to the liquid-shear and the presence of ice crystals. The process is especially applicable for temperature labile enzymes. By this method 90 % disruption of Saccharomyces cerevisiae can be obtained.

In this method, cells are disrupted with the help of mechanically resistant beads made up of glass, alumina or titanium compounds. Inside a hollow chamber, cells are agitated with beads by a system of agitator shaft. The shear forces so generated cause cell disintegration. The process is exothermic and an efficient cooling system must be associated to prevent thermal denaturation of the enzyme. The process can be applied at a large scale after suitable investigation.

This is a very mild process. Due to repeated freezing and thawing of the microbial cells, ice crystals generate, create pores in the cell wall and facilitate the release of enzyme. The process is applicable in combination with other methods.

It is as low process therefore often used in combination with other techniques. This method is used for separation of β glucosidase from Saccharomyces cerevisiae.

In this method, high-frequency vibrations are produced at the tip of an ultrasonication probe.These produce waves which cause cell disruption. Ultrasonic waves are used to break the cells at small scale. The process relies on the cavitations generated due to the sonic waves and the shear force generated thereby. A high electrical power is converted into mechanical energy in terms of sonic wave and propagates through a horn in the liquid generating cavitation. 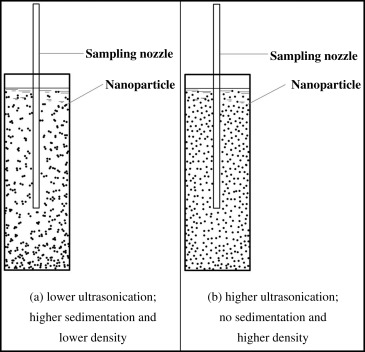 1) Useful for small scale only.