The presence of nucleus is what distinguishes eukaryotic from prokaryotic cells.

The nucleus is known as the cell’s control centre as it carries DNA replication, transcription, and RNA processing with only the final stage of gene expression (translation) localized to the cytoplasm. 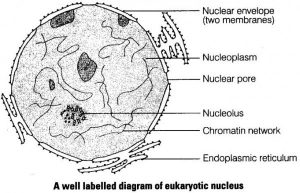